According to Indian law, PIL means a mode of litigation which is carried out for protection of public interest. This type of litigation is introduced in a court of law, where the court itself takes cognizance or by any other private party and not by the aggrieved party. It is not necessary, for the exercise of the court’s jurisdiction, that the victim whose rights are violated should personally approach the court. Public Interest Litigation is the power which has been given to the public by courts through judicial activism.

These cases take place when the victim is devoid of necessary resources to initiate litigation or his freedom has been subdued or infringed to move to the court. The court is empowered to take cognizance of the matter itself and can proceed by suo moto or cases can also be commenced by the petition filed by any public-spirited individual.

1) When basic human rights of a poor person are violated.
2) To question the contents or conduct of any government policy.
3) To compel municipal authorities to perform a public duty.
4) When religious rights or other basic fundamental rights are violated.

The Indian PIL is considered an upgraded version of the PIL of the U.S.A. According to the “Ford Foundation” of U.S.A., “Public interest law is the name that has recently been given to efforts which provide legal representation to previously unrepresented groups and interests. Such efforts have been undertaken in the recognition that ordinary marketplace for legal services failed to provide such services to significant segments of the population and to significant interests. Such groups and interests include the environmentalists, consumers, racial and ethnic minorities and others”.

The emergency period (1975-1977) witnessed the colonial nature of the Indian legal system.

During the emergency period state repression and governmental lawlessness was widespread. Thousands of innocent people including political opponents were sent to jails and there was complete deprivation of civil and political rights. The post emergency period provided a motive to the judges of the Supreme Court to openly disregard the impediments of Anglo-Saxon procedure in providing access to justice to the poor.

Prior to the 1980s, only the aggrieved party was able to knock the doors of justice personally and can seek remedy for his grievance and any other person was not entitled to represent that victim or the aggrieved party. In other words, only the aggrieved party was having locus standi to file a case and continue the litigation and the non affected persons were not having locus standi to do so. And there was hardly any relationship between the rights guaranteed by the Constitution of India, the laws made by the legislature and the vast majority of illiterate citizens on the other hand.

Thus before a person acquires a locus standi he had to have a personal or individual right which was violated or was threatened to be violated. He should have been an “aggrieved person” in the sense that he had suffered or was likely to suffer from prejudice, pecuniary or otherwise.

However, this entire scenario gradually changed post emergency period when the Supreme Court tackled the problem of access to justice to people through radical changes and alterations were made in the requirements of locus standi and of aggrieved party.

The splendid efforts of Justice P N Bhagwati and Justice V R Krishna Iyer were instrumental in this juristic revolution of the eighties to convert the Apex Court of India into a Supreme Court for all Indians.

Justice V. R. Krishna Iyer and P. N. Bhagwati recognized the possibility of providing access to justice to the poor and exploited people by relaxing the rules of standing. In the post-emergency period when the political situations were changing, investigative journalism also began to expose gruesome scenes of governmental lawlessness, repression, custodial violence, drawing the attention of lawyers, judges, and social activists.

PIL emerged as a result of an informal nexus of pro-active judges, media persons and social activists. This trend showed a stark difference between the traditional justice delivery system and the modern informal justice system where the judiciary is performing administrative judicial roles. PIL is necessary for rejection of laissez faire notions of traditional jurisprudence.

The first reported case of PIL in 1979 focused on the inhuman conditions of prisons and under trial prisoners. In Hussainara Khatoon v. State of Bihar, the PIL was filed by an Advocate on the basis of the news item published in the Indian Express, highlighting the plight of thousands of under trial prisoners languishing in various jails in Bihar. These proceedings led to the release of more than 40,000 under trial prisoners. Right to speedy justice emerged as a basic fundamental right which was denied to these prisoners. The same set pattern was adopted in subsequent cases.

A new era of the PIL movement was heralded by Justice P.N. Bhagawati in the case of S.P. Gupta v. Union of India. In this case it was held that “any member of the public or social action group acting bonafide” can invoke the Writ Jurisdiction of the High Courts or the Supreme Court seeking redressal against violation of a legal or constitutional right of persons who due to social or economic or any other disability cannot approach the Court. By this judgment PIL became a potent weapon for the enforcement of “public duties” which were executed in action or misdeed resulted in public injury. And as a result any citizen of India or any consumer groups or social action groups was able to approach the apex court of the country seeking legal remedies in all cases where the interests of the general public or a section of public are at stake.

In 1981 the case of Anil Yadav v. State of Bihar, exposed the brutalities of the Police. A paper report revealed that about 33 suspected criminals were blinded by the police in Bihar by putting the acid into their eyes. Through interim orders the Supreme Court directed the State government to bring the blinded men to Delhi for medical treatment. It also ordered speedy prosecution of the guilty policemen. The court also read right to free legal aid as a fundamental right of every accused. Anil Yadav signaled the growth of social activism and investigative litigation.

In Citizen for Democracy v. State of Assam, the S. C. declared that the handcuffs and other  fetters shall not be forced upon a prisoner while lodged in jail or while in transport or transit from one jail to another or to the court or back.

Public interest litigation provides a wider interpretation to the right to equality, life and personality which is guaranteed under part III of the Constitution of India. It has also introduced some types of reliefs or remedies under the writ jurisdiction. It also functions as an effective instrument to bring changes in the society or social welfare. Through public interest litigation, any public or person can seek remedy on behalf of the oppressed class by introducing a PIL. 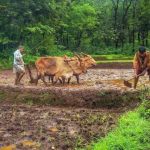