What is Res Judicata?

The doctrine of res judicata is defined under Section 11 of the Code of Civil Procedure, 1908. ‘Res’ means ‘subject-matter’ whereas ‘judicata’ means ‘already decided’ or ‘adjudged’. It means that once a matter has been adjudicated by a competent court, no party shall be allowed to reopen it in a subsequent suit. It is based on the principle of ‘ex captio res judicata’, which means one suit and one decision is enough for any single dispute. It is based on the rule of public policy, which means that there should be an end to litigation. It results from the decision of the court and prevents a multiplicity of suits, and also prevents the parties from making the same claim in different lawsuits. There is a presumption of the truth of the ruling in the prior lawsuits. The doctrine of res judicata removes the court’s ability to hear a case and disallows an inquiry in limine i.e., at the threshold. In Satyadhan Ghosal v. Deorjin Debi[i] case, Das Gupta, J. explained the doctrine of res judicata. It means that once a matter, whether on a question of fact or a question of law, has already been adjudicated by a competent court between two parties, the decision is final, either because no appeal was taken or because the appeal was dismissed, or no appeal lies, then neither party will be allowed in a subsequent suit to bring forth the matter again for trial.

The object of Res Judicata

There are three main objects of the doctrine of res judicata. They are:

Conditions to Be Fulfilled for Res Judicata to Be Operative

Five conditions need to be fulfilled for the application of the doctrine of res judicata. They are:

Whether the Doctrine of Res Judicata Is Applicable to Writ Petitions Under Article 32 or 226 of the Indian Constitution? 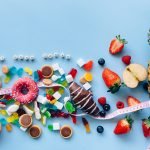 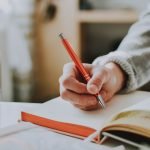