According to tort law, if someone commits a tort—unlawful conduct that results in harm to another person—they are held accountable and must compensate the victim with monetary damages or another remedy that the court thinks is appropriate.

But occasionally, even though someone loses something as a result of another person’s action, they are unable to sue that person for damages due to the use of tort defences. Volenti non-fit injuria is one such defence that a defendant may raise, according to which the plaintiff is not entitled to damages since he consented to the action that caused his harm.

What is Volenti Non-fit Injuria?

Every person has a responsibility under tort law to take reasonable care to prevent any injury that could result from failing to do so. For instance, if someone is operating a vehicle, they have a responsibility to do so safely and within the posted speed limit to prevent accidents that might endanger other people.

The exceptions to this general norm, which are known as defences to tort, are permitted in these circumstances. A defendant may be exempt from culpability under various defences, and volenti non-fit injuria is one of the possible ones.

The conduct for which the person gave his consent was one for which he willingly consented, thus even if the act caused the other person hurt, the person who gave his consent cannot be held liable for any damages. The plaintiff’s permission serves as a defence, and this protection is known as volenti non-fit injuria.

There are a few necessary factors or criteria that must be present in a case for the defence of volenti non-fit injuria to apply, and only when they are may this defence be used to avoid culpability.

There are two essential elements in this defence:

Therefore, a defendant is released from culpability if the plaintiff is informed of the likelihood of harm that is likely to be created by an act and when he nonetheless chooses to conduct that act and thereby agrees to suffer the harm.

However, Scienti’s non-fit injuria, which says that merely knowing about the danger does not imply consent to it, indicates that simple knowledge is insufficient for the adoption of this defence. Thus, knowledge only partially satisfies the requirements for the use of volenti non-fit injuria.

Both volenti non-fit injuria and contributory negligence are used by the defendant as a defence to avoid culpability, although they are distinct from one another.

The amount of damages that the plaintiff can be awarded is lowered in proportion to the degree of his carelessness in the conduct that caused him injury under contributory negligence since both the plaintiff and the defendant are at fault. Due to the fact that both parties in this situation are at blame, the defendant has this partial defence at his disposal.

A tort law defence known as volenti non-fit injuria shields the perpetrator of a wrong from culpability since the victim of the wrong gave his consent for the conduct to be performed. However, for this defence to be effective, the victim’s assent must be free.

This defence is also subject to several restrictions, such as rescue situations and the defendant’s carelessness, which makes the defendant accountable even when the plaintiff gives their consent.

As a result, before allowing this defence, courts must make sure that all of its requirements are met and that the act in question does not come under the restrictions placed on this defence. 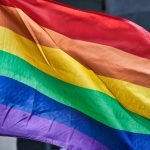 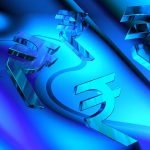