Only when you thought this season of Premier League wasn’t crazy enough, Burnley showed up at Anfield to make the title race more interesting after a late penalty goal from Ashley Barnes shattered the Champions’ home record. It was Liverpool’s first defeat in 69 Premier League games at Anfield (W55, D13) since last losing against Crystal Palace 1-2 in April 2017.

Liverpool started the game with a 4-3-3, with the strike duo of Salah and Firmino on the bench. The visitors lined up with a 4-4-2 with Charlie Taylor and McNeil replacing Pieters and Gudmundsson.

The odds were against Sean Dyche’s men as Liverpool had lost just one of their last 17 home league games against Burnley (W11, D5), with that defeat coming back in September 1974 (0-1).

The hosts had the line share of possession at the start of the game, which was expected from Klopp’s men. But at 13′, Burnley got a chance when Barnes had a go at Alisson when he couldn’t control a high ball but could make a remarkable recovery save. Liverpool was starting to be a real threat after the 20th minute when Klopp’s men began to press high.

Burnley players were sitting deep in their half with nearly 8 players giving protection to their goalkeeper. They were coping well with Liverpool’s attack and were well organized, making it very difficult for the host to get a goal.

However, the best chance in the first half came at the 44th minute when Burnley’s Mee made a mess of an attempted backpass to Nick Pope. Origin got the ball and was clear on goal, but his rising shot hit the goal’s frame, giving Burnley, especially Mee, a sigh of relief. It was a huge opportunity where it could have been 1-0 to Liverpool.

It was 0-0 at HT, with Fabinho receiving a yellow card at 45+2′ for his foul on Barnes. There was some commotion happening in the field but also in the tunnel between Klopp and Sean Dyche.

The second half started with Liverpool beginning to move up the field and press higher with more intensity. At 51′, another brilliant save was made by Nick Pope of Mane’s shot.

Burnley’s no. 1 was probably having a game of his life as he was making save after save with quick reflexes. Burnley was inviting the defense on themselves, and it looked that within some time, Liverpool will find a way to score but couldn’t.

Wijnaldum’s pass to Salah in the 61st minute was another game where they should have scored, but Nick Pope did not have it, making another great save in the game. Another great save came when Trent Alexander-Arnold attempted a pass in Burnley’s box but was intercepted. He again got a chance but shot the ball deflected but saved by Pope, another astonishing save.

But at the 81st minute, a penalty was awarded to Burnley when Barnes was fouled inside the penalty box by Liverpool’s no.1. Barnes knew what was about to come and made Alisson foul him giving Burnley a chance to break the deadlock, which Barnes did by scoring the penalty spot’s goal. It was Barnes’s 100th senior club career goal.

Liverpool have gone four league games without scoring for the first time since May 2000 😖 pic.twitter.com/5SRWH47T5l

It was the second-longest unbeaten home run in English top-flight history, after Chelsea’s 86 games ending in October 2008#LIVBUR pic.twitter.com/tguItroBpA

Nick Pope made 6 saves against Liverpool in Burnley’s win tonight. He hasn’t made more in a single PL game this season.

His 7th clean sheet of the campaign. 🧤 pic.twitter.com/QHrIPga6Wx

Liverpool were top of the league on New Year’s Day.

Now, they're six points back… pic.twitter.com/pYpbAQF4av 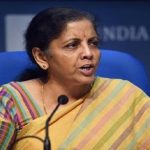