This underground metro rail tunnel package is a part of corridor 3 of the CMRL phase-II metro rail project and is to be constructed in around 52 months by using eight tunnel boring machines working simultaneously in various project stretches, said a release by L&T.

The company has also secured another order from CMRL to construct close to 8 km of the elevated viaduct with nine high metro stations starting from Power House to Porur junction, including other associated works. The elevated corridor includes around 4 km of double-deck construction. Both the decks are used for metro rail, which will be the first of its kind in India. This elevated metro rail package is a part of corridor 4 of CMRL phase-II and constructed in 36 months.

L&T said these projects are the first packages of phase – II, which CMRL had awarded. Both the projects were bagged under stiff competition from domestic and international metro construction players. 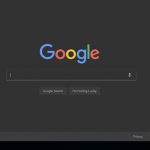