The Punjab & Haryana High Court recently allowed pre-arrest bail to a man booked under Section 3 of the Scheduled Castes and Scheduled Tribes (Prevention of Atrocities) Act, for a dance video on TiKTok. (Mandeep v. State of Haryana)

The person, Mandeep, uploaded a video of himself dancing to a song composed by a deceased poet Pandit Jagdish Chander Vats. Granting anticipatory bail, the Bench of Justice Fateh Deep Singh said:

“Petitioner is neither the author/composer nor prepared the music of the song which was composed more than 40/50 years ago by the person who has since died. To the specific query of the Court how mere dancing on the tune of a song and preparing a video hurts the sentiments of the particular caste is a question which is debatable and can only be adjudicated at the time of trial.”

The complainant professed that the causes offense to the sentiments or emotions of the populace of Scheduled Caste and Scheduled Tribe communities. The Counsel for the petitioner, arguing against the charges made in the complaint,. contended that his client just danced to the tune of the song and was neither the author nor the composer of the song He disagreed with the accusations that the petitioner’s actions had injured the interests of a specific caste. There were no recuperations to be made from the petitioner, the lawyer put in an inclusive manner.

The State Counsel did not show to be false any of these contentions but claimed that anticipatory bail could not be approved of when an offence under the SC/ST Atrocities Act was contended. Coming across the subjectively qualm of whether the offence exerted a pull on “debatable” and could be ascertained only at Trial, the Court observed that it would be a pretense and charade of justice if the petitioner was sent behind bars.

Mandeep was, therefore, granted anticipatory bail, and once again, a petty subject did not compel justice to be displaced communally. 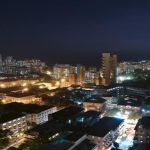 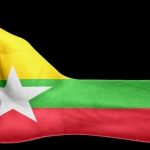