Manchester United welcomed 18th place Fulham (already relegated) at the Old Trafford, as the Reds looked to cement their second position in the league after already qualifying for the UEFA Champions League for next season.

Some fans were also allowed to attend the game after a gap of nearly 14 months.

It was an end-to-end contest with Manchester United naming a strong starting XI with Pogba, Cavani, Bruno, all starting the game. A win would have been enough for Solskjaer’s men to finish the season at 2nd place but Fulham provided a tough fight for the Reds.

Both teams started the game well and pushed each other higher up the field. At 15’ a moment of magic came from Cavani who scored his 10th PL goal of the season and his first in front of Manchester United fans and what a goal that was! It was the slightest touch to the ball from Bruno Fernandes who played the ball to Cavani, after receiving it from De Gea, and Cavani, who was just inside Fulham’s half chipped the goalkeeper from 40 yards to score, probably, one of the best goals at Old Trafford and his career.

Fulham were still trying to find a way to get back into the game whereas Man United were looking for another goal to add to the scoreboard. Fernandes had a great shot saved by the Fulham goalkeeper at 26’, which was a back pass from McTominay.

At 29’ it was Fulham who started to create some chances. First it was Anguissa who headed the ball from a corner kick but was saved by De Gea. Second big chance came at 38’ when Fulham’s Carvalho was able to beat Lindelof on pace and was clear on goal but his low shot was comfortably saved the Manchester United’s goalkeeper.

The second half performance from the visitors proved problematic for the home side as United looked very weak at the back and Fulham showing some great fighting spirit to get something from the game. De Gea and Aerola had to make some great and important saves to keep their sides in the game. Both teams were creating big chances with first real one going to Manchester United when Cavani passed the ball to Greenwood in a swift counterattacking game and Greenwood being one-on-one with the keeper couldn’t find the back of the net.

Fulham’s wait for the goal was over at 76’, when Joe Bryan headed the ball into the net from a delicious cross from De Cordova-Reid from the right flank.

United did start to make some progress and had some shots at the Fulham’s goalkeeper but the opposition’s goalkeeper was having none of it and showed real fight.

The game ended with the score Manchester United 1 Fulham 1.

Manchester United secured the second place in the league after Leicester City lost to Chelsea later in the day.

🔴⚽️ Edinson Cavani is the 25th different player to score 10+ goals in a single #PL season for Man Utd – more than any other team in the competition’s history#MUNFUL pic.twitter.com/ZmNjE1gCtt 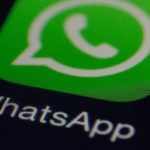