Manchester United get their Champions League revenge against Turkish giants İstanbul Başakşehir by beating them 4-1 at Old Trafford. Bruno Fernandes scored a brace, Marcus Rashford and Daniel James contribute to the score sheet for the Red Devils while Deniz Turuc grabbed the consolation.

Starting the line-up with a 4-3-3 formation, Manchester United manager Ole Gunnar Solskjaer intented to start with a very attacking set-up with Rashford, Martial and a very first start for new signing Edinson Cavani, playing up-front. With Luke Shaw being injured, it meant that it was yet another start for the Brazilian, Alex Telles playing alongside with the regulars, Wan Bissaka, Victor Lindelof and club captain Harry Maguire. Donny Van de Beek was given his start in the mid-field alongside Fred and Bruno Fernandes.

A first start for this man 🔜

United started the match with outmost pace and precision with quick and crisp passing, showing the intention and quality of the team. Three weeks after suffering a 2-1 defeat at the hands of the same opponent in their previous UEFA Champions League fixture, United needed to get its revenge after a poor performance away at Turkey.

Bruno Fernandes’ brace gave Manchester United a 2-0 lead inside the first twenty minutes. The Portuguese midfielder rifled home a thunderous first-time strike in the 7th minute before a goalkeeping error allowed him to roll the ball into an empty net in the 19th minute. Rashford thought he put United two goals ahead in the 11th minute but was judged to be offside by the officials. But then, Marcus Rashford won and scored a penalty to give Manchester United a three-goal lead in the 35th minute, with the visitors carving out a couple of decent chances but failing to convert.

This man can do everything.

A 7️⃣5️⃣th #MUFC goal for @MarcusRashford, who struck home from the spot! 👏

Meanwhile after the halftime break, Axel Tuanzebe was being brought on to replace Victor Lindelof who had faced some issues with his back while away on international duty with Sweden and hence,  Ole could not take any chance with him as it could turn into a serious one and while United having a comfortable 3-0 lead in the game.

The Red Devils seemed to take their foot off the gas in the second half, allowing the visitors a foothold in the game. After giving the home side a couple of scares, Basaksehir managed to pull a goal back in the 75th minute as Deniz Türüç’s free-kick was adjudged to have crossed the line before being clawed away by David de Gea. With the Goal Line Technology, the goal was then confirmed by the referee.

After enduring several nervy moments in which Basaksehir hit the bar, Manchester United were able to restore their three-goal cushion in added time, with two second half substitutes, Mason Greenwood squaring for Daniel James to tuck away their side’s fourth at the end of a swift counter-attacks. 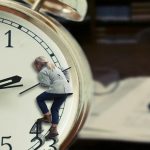 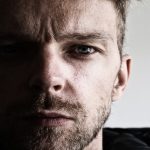