“I’ve never played for a draw in my life.”

A Dutch prodigy and a very prospering Ajax academy graduate, Van de Beek is an exciting summer signing for United. He is an agile and a very versatile midfielder who can play in almost any role of the mid-field, even as a false-9. Rumours suggested that, Real Madrid were in pole position to sign van de Beek this summer, while being heavily linked with him for almost a year, but within days after the start of the summer transfer window 2020, United swooped-in and signed him from Ajax for a transfer fee of €39m (£34.7m) plus a possible €5m in add-ons to secure the Netherlands international on a five-year contract.

Very excited to be the newest edition of the #MUFC family. 🔴 Your enthusiastic responses to my announcement make me feel at home already! Can’t wait to join the team in Manchester.

But first… focus on the Dutch Squad in preparation for the upcoming Nations League matches.🦁 pic.twitter.com/FIUAwed0FA

Even though he is just 23 years old, Van de beek has already shown his maturity and humbleness while choosing his shirt number at United, the midfielder has asked for the no.34 jersey ahead of the 2020/21 campaign, as a tribute to former Ajax team-mate Abdelhak Nouri, who collapsed and suffered a cardiac arrhythmia attack during a pre-season game in 2017 after which, Nouri was left with serious and permanent brain damage after the incident against Werder Bremen, meaning his career had to be cut tragically short. The humble gesture by Van de Beek itself shows the nature and maturity even at such young age of the Dutch which surely needs some light of appreciation and acknowledgment.

After missing out on Real Madrid’s Sergio Reguilón, who later joined club rivals Tottenham Hotspurs, United swiftly set sights on their alternatives, one of which was Porto’s Brazilian full-back, Alex Telles. After heavily linked with him for about two-three weeks, finally on deadline day, Manchester United announced the arrival of the Brazilian on an initial fee of €15million (£13.6m) which could rise to €17m after add-ons, on a four-year contract with the option of an additional year. United fans were buzzing with the arrival of the Brazilian, who has a lethal left foot when it comes to taking set-pieces or spectacular long shots once in a while. Telles was Porto’s set piece taker when it comes to free-kicks or corner kicks which again shows the quality of the left-footed attributes that Telles possesses.

In the 2019-20 season alone, Telles managed to score 11 goals for Porto, which is way too much for a full-back. This clearly denotes his capability and strengths to go beyond his defensive role and display his attacking attributes. With 57 assists to his name during his tenure at Porto, it depicts that the Brazilian is not only a scorer but is also a quality provider. Telles would provide sheer competition to Luke Shaw, which is good in a way by pushing Shaw to his limits and by bringing squad depth into the team as well. United haven’t signed a left-back since signing Shaw way back in 2014, so Telles has a lot to prove in a United shirt.

Edinson Cavani aka El Matador, is surely an unexpected and surprising but Marquee signing for United, though such surprise was made more interesting when the arrival was confirmed by the club right at the Deadline day of the transfer window. The Ex-Paris Saint German (PSG) star left the French side as their all time top scorer with 200 goals in 301 appearances in all competitions. Cavani was also a lethal striker for Napoli, Palermo and his country-side Uruguay. After parting ways with PSG, Cavani became a free agent this summer, thereafter Cavani drew interests from clubs like Athletico Madrid and Benfica, but eventually when Cavani was offered by his agent to United and United quickly grasped onto the opportunity and signed the free agent on a whopping €11 million (£10m/$13m) per season, with the potential for close to €2m more in performance-related add-ons, as well as a €4m signing bonus. Cavani initial signed a one-year deal with United with an option to extend for a further year.

Cavani has been handed over the famous No.7 shirt which bears quite the weight of the famous ex-Manchester United number sevens. Cristiano Ronaldo, David Beckham, Eric Cantona, Bryan Robson and George Best are among the club legends to have worn it in the past and as such, Cavani has a lot to carry and prove while representing the famous number. The Uruguayan would surely bring the much required experience and maturity to the young front-line of the United Squad and provide much needed competition to both Anthony Martial and Odion Ighalo. Considering the fact that Ighalo’s loan spell is set to end this January 202, Cavani’s arrival has provided much needed boost and depth to the squad.

It is no doubt that Cavani is a world-class player, a top striker, if not the best but one of the best strikers of the game with the amount of goals that he has scored, but being 33 and edging towards the end of his career, his arrival does raise some amount of questions and eyebrows. After missing out on United’s top priority, namely Borrusia Dorthmund’s Jadon Sancho, it was well established that Cavani was United’s panicked, unplanned and last ditch effort. What United fans expect now from Cavani is, what Zlatan Ibrahimovic did when he arrived at Old Trafford, as such, Cavani needs to pull off a ‘Zlatan effect’.

One of the four deadline day signings by Manchester United includes 18 year old Uruguayan, Facundo Pellistri.  Pellistri will only be the 4th Uruguyan ever, to play for Manchester United other than Diego Forlan, Guillermo Varela and ofcource, newly signed Edinson Cavani. The 18-year-old winger joined the Red Devils on transfer deadline day in a deal worth around £9m (€10m). Many might not know about the 18 year old, but the fact is that Pellistri’s progress has been extensively monitored by United since he first came to the attention of the club’s South American scouts over three years ago and even Diego Forlan, his ex-manager at Penarol, described Pellistri as “a real talent for the long term”. So it quite clear that Pellistri is a talent to look out for and will certainly add his skills and talents to the already young and talented front-line.

“Everyone knows that Manchester United is a club that gives young players an opportunity and I am ready to work hard every day to earn those chances and prove myself in England and to join a club with the history of Manchester United is a dream come true. I have learnt a lot at Peñarol and I would like to thank them for everything they have done for me,” Pellistri said.

Ole Gunnar Solskjar will definitely consider about immediately integrating new signing Facunda Pellistri into Manchester United’s first team squad after having failed in signing Jadon Sancho from Borrusia Dorthmund and Ousmane Dembele from FC Barcelona, and with no other choice at the right flank other than Mason Greenwood and Daniel James. Considering the fact that Pellistri predominantly plays on the right-hand side of the attack it is quite obvious that he could be called upon by Solskjaer sooner rather than later.

Amad Diallo Traoré, is the one of the two teenage attacking signings on transfer deadline day, the Ivorian, who is said to prefer the name ‘Diallo’, has made just three substitute appearances in Serie A, but club chiefs believe he has great potential and think he is one of the most exciting young players in Italy.

Diallo nearly joined Parma on a loan deal this summer, but then the deal collapsed and on deadline day, Manchester United confirmed the signing of the 18-year-old winger for a deal rising to €41 million (£37m/$48m). The right-sided attacker is expected to join the club in January and the deal is subject to a medical, personal terms and work permit. However, an agreement has been reached with Atalanta over a fee which is believed to be €21m with €20m in add ons.

🔴 We have reached an agreement with Atalanta for the future transfer of Amad Diallo, subject to a medical, personal terms and work permit. 👋#MUFC

Both Pellistri and Diallo are a signing for the future, considering the fact that Facundo Pellistri has already joined United, it will be quite a site to see him and Diallo play side by side, with runs filled with trickery and skills, when Diallo eventually arrives at Old Trafford in January 2021. Imagine Greenwood as a No.9 in the near future, with Diallo and Pellistri as wingers, this is exactly what United are preparing for. 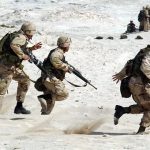 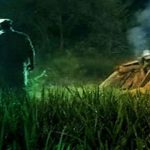