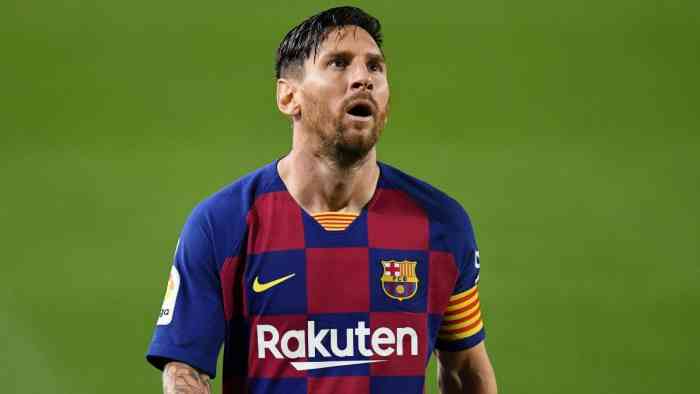 Great news for the Culés as Lionel Messi decides to stay at Barcelona for the upcoming season, despite clearly stating his wish to leave the club earlier.

After the demolition from Bayern Munich in the Champions league 2019-20, the 6 times Ballon d’Or winner, Lionel Messi shocked the entire footballing world by announcing that he wants to leave his childhood club but has now decided to stay with the Catalans.

It was not particularly because of the 2019-20 UCL exit but that Messi, with many other players, was not at all happy with the club’s overall performance in UCL and the management system by the club president Josep Bartomeu. Not only that, the club’s failure at the transfer market also played a huge role as they failed to fill the void left by Neymar, after his departure to PSG, and when Messi asked the board to bring Neymar back, the failure to lure him back hurt Messi.

Messi, in his recent interview with GOAL, stated that he told the club president in multiple occasions that he wants to leave the club and according to his contract, there is a clause which empowers Messi to leave the club at the end of each season, but he has to activate that clause prior to June 10, when mostly the football league is over.

But because of the Pandemic, the league was finished prolonged and the clause was ineffective. So, Messi could either pay the club whooping €700 million release money, which was

preposterous and impossible, or fight a legal battle against the Spanish Giants. He chose neither as Messi stated that he did not want to take Barca to the court as this club gave him everything and he did the same. Moreover, fighting a legal battle would have been a tedious job as football will be restarting this month and he will be looking forward to working with the new Barcelona Manager- Ronald Koeman, a former Barca player.

At the end the 33 year old said, ‘There is a new coach and a new idea. What I can say is that I’m staying and I’m going to give my best.’

In 2014, Josep Bartomeu was named as the new Barca president and in the following season of 2014-15, with Luis Enrique as their manager, helped them win The Treble for the second time in the club’s history. Since then the Spanish Giant has won the league in 2015-16, 2017-18 and 2018-19 seasons, a couple of Copa del Reys, a Club WC and a supercopa.

However, the club’s performance since winning their last UCL trophy has been nothing but abysmal. Despite spending more than €860 million on buying players, they have been humiliated repeatedly in the UCL by slipping away at the last moment of the game. This includes defeats from Juventus, 3-0 loss, Roma, 4-4 (where Roma did an amazing comeback from losing 4-1 in first leg to winning 3-0 in second leg and losing on aggregate), Liverpool, from 3-0 up to losing 4-0 in second leg, and the latest demolition by Bayern where they lost 8-2 in Lisbon.

Players like Coutinho, €145 million, Dembele, €138 million, Malcom, €40 million and Griezmann, €120 million, are few of many players who have underperformed despite their big price tags and thus makes Bartomeu a failure at running the club.

Jacob Blake Shooting: Who is Jacob Blake? Why did that happen? Why it is important?