The standoff over abolishing the controversial farm laws continued today, with the Centre and the farmers unfit to get on the same page in the seventh round of conversations. Sources asserted that the government had suggested discussing the farmers’ demand for a legal assurance for support price of crops. Still, the farmers’ union leaders maintained on deliberating the repeal of farm laws. The two sides have decided to come across again on January 8. The farmers have intimidated to keep a march on Republic Day, January 26, if their needs are not fulfilled.

Agriculture minister Narendra Tomar “clearly said that the laws would not be repealed, he even told us to approach the Supreme Court for the repeal of the laws,” said Sarwan Singh Pandher of the Kisan Mazdoor Sangharsh Committee, who attended the meet. “We urge the youth of Punjab to prepare for a long haul. We will take out a big procession on Republic Day,” he added.

Union Minister Narendra Tomar asserted that the laws would be debated with diplomats of farmers’ organizations from other states.  “We will discuss these three laws point-by-point and we are ready to make amendments as necessary after considering the points on which you have objections,”  the agriculture ministry quoted him as saying.

The two viewpoints put up with a long halt after just an hour of dialogues, during which the farmers had langar (community kitchen) food brought in from outside by a van, as they have been doing.

Rather than joining them like the last time, Mr. Tomar, Commerce and Industry minister Piyush Goyal and his junior minister Som Prakash were seen carrying a separate conversation during the break, which lasted for nearly two hours.

The meeting had begun with a two-minute stillness for the protesting farmers who have died during the turmoil, the agriculture ministry said. More than 60 farmers camping at the Delhi border have died, many of them could not withstand the severe weather circumstances. “One farmer is dying every 16 hours. It is the responsibility of the government to answer,” farmer leader Rakesh Tikait has asserted.

The farmers have been camping at the borders of Delhi since November 26, staying in their modified tractors in the unbearable cold. Even the current term of heavy rains, which has veered around their campsite into a sea of soil, has not deterred them.

In the final session of meeting on December 30, the Centre asserted that the two viewpoints understood two of the four demands of the farmers – withdrawal of the Electricity Amendment Bill and the punishing provisions for stubble burning in the Air Quality Commission Ordinance.

Last month, the Supreme Court had decreed that a select council be constituted, urging that the Centre’s negotiations have ceased to function. “Your negotiation will again fail as they (the farmers) won’t agree,” said the bench led by Chief Justice of India SA Bobde.

In Punjab, Reliance Jio got on to court today, pursuing government intervention as no arrest was given rise to for destroying hundreds of its cellphone towers, allegedly by revolting farmers. Jio owner Mukesh Ambani is beheld as one of the primary beneficiaries of the farm laws. The farmers have indicted the government of functioning for the benefit of corporates at their outlay.

The farmers are determined that they will not approve anything less than an annulment of the laws. They moreover seek a law that ensures the Minimum Support Price. The government, which asserts the laws will aid farmers by peeling off intermediaries and facilitate them to sell crops anywhere in the country, has accused the protests’ defiance, letting out that they are provoking farmers. 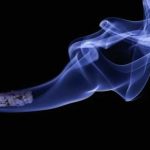 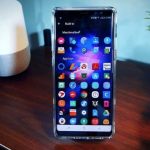