Gold loan financier Muthoot Finance Ltd (MFIN) notified the Bombay Stock Exchange(BSE) about the company’s determination about the authorization of raising funds by the company.

The company, in a regulatory filing, said, “The Board of Directors of Muthoot Finance Limited at their meeting held today at the registered office of the company has considered and approved fundraising to the tune of Rs. 6,000 crores by way of a private placement of Redeemable Non-Convertible Debentures to be issued in one or more tranches as may be decided by the Board of Directors or a committee thereof from time to time.”

Earlier, Muthoot Finance Limited reported a 22 percent jump in standalone profit after tax at ₹991.4 crores for the quarter ended December 2020. The company had posted a profit of ₹815.2 crores in the year-ago period. On a consolidated basis, its profit after tax rose to ₹1,006.7 crores from ₹861 crores in the same quarter of the previous fiscal. Total income grew 20 percent to ₹2,777 crores from ₹2,321 crores earlier. “The growth during the quarter was very good. Our standalone loan assets… have crossed the landmark of ₹50,000 crores. Our active customers presently having a loan account also crossed the landmark of 50 lakh customers,” the company’s Managing Director George Alexander Muthoot said.

During the quarter, gold loan assets increased by ₹3,389 crore to ₹49,622 crores. Muthoot said the company achieved 22 percent in the gold loan portfolio during the first nine months of the current year. It is likely to end the year with at least 25 percent growth as against the previous year’s figure of 22 percent. Its gross NPA or stage 3 assets enhanced to 1.30 percent from 2.54 percent in the same quarter of FY20.

Expected credit losses (ECL) provision (as a percentage of gross loan assets) stood at 1.23 percent during the quarter. The capital adequacy ratio was 26.38 percent as against 26.51 percent last year. The incremental cost of borrowing stood at 8.45 percent as of December-end. In the nine months ended December, the non-banking finance company’s consolidated loan assets under management (AUM) grew 28 percent to ₹55,800 crores as against ₹43,436 crores in the same period of the previous fiscal. 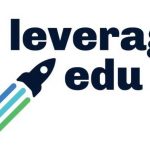 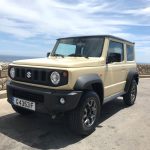