It was found that the terrorists were planning a “major attack” on the anniversary of the 26/11 terror attack, they added.

Mumbai had come under attack on November 26, 2008, when 10 Lashkar-e-Taiba (LeT) terrorists targeted the city in a sequence of collaborative shootings and bombings that impaired over 300 and contended the lives of 166 people in India’s financial capital.

On Thursday, the encounter between terrorists and security forces broke out in the early hours near Ban Toll Plaza in the Nagrota area of Jammu district. The encounter lasted for three hours in which four terrorists were eliminated.

According to authorities, the four terrorists are plausible from the United Nations-designated anguish organization Jaish-e-Mohammed (JeM). “These terrorists used old modus operandi and had recently infiltrated the Indian side. An investigation is underway,” they added.

Mukesh Singh, Inspector General of Police, Jammu Zone had asserted that it was apparent terrorists were conspiring a “big attack” and targeting the forthcoming District Development Council (DDC) elections in the Union Territory. The DDC elections will be performed in Jammu and Kashmir in eight phases between November 28 and December 19, and the counting of votes will take place on December 22.

The encounter set off after a truck was stopped at 5 is on Thursday during a regular inspection.

“During the search, CRPF soldiers and police were fired upon using heavy ammunition, and grenades were also lobbed. More forces were called in, and the encounter went on for 3 hours,” the IG said. 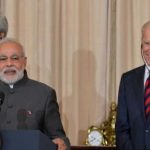 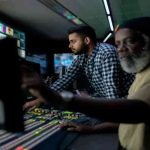