New Delhi: The Chandigarh-bench of National Company Law Tribunal (NCLT) has admitted a petition filed against Omaxe Ltd over alleged acts of arm-twisting and mismanagement contended by its management.

“It is also stated that Sunil Goel has been repeatedly appointed as Joint Managing Director of Omaxe Limited till 27.09.2017 on which date he was illegally ousted in the 28th Annual General Meeting of the company where several resolutions, declaring dividend only to non-promoter shareholders and appointment of Seema Prasad as Director of Omaxe Limited, were passed,” it said.

The respondents, including Rohtas Goel, illegally thwarted the petitioners from joining in the Annual General Meeting by wielding force and threats, contended Sunil Goel in his petition.

Rohtas allegedly administered the company’s affairs oppressively towards the petitioners and the concern of the company.

“It is stated that owing to such financial mismanagement and fraudulent transactions, the financial debts have increased and profits have dipped down. Various letters have been issued on behalf of the petitioners, objecting to the illegal and oppressive acts of respondents, but in vain,” said the petition.

Principally, the promoter and promoter group’s shareholding is through Guild Builders Private Limited, which carries around 68.45 percent shares of Omaxe Limited and is a holding company of Omaxe Limited.

In 2017, disagreements arose between the brothers about the company’s functioning, following which Sunil Goel was wiped out from the company in September 2017, which he contends as unlawful eviction. 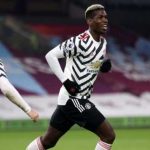 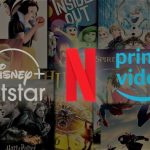