Nestle, the Swiss FMCG major, has asserted that it is examining its entire portfolio to update the nutrition and health strategy. The development comes days after a report in Financial Times claimed the majority of Nestlé’s mainstream food and drinks portfolio failed to meet recognized standards of health and nutrition.

On Monday, the Financial Times report quoted from a Nestle document that the company has acknowledged that more than 60 percent of its mainstream food and drinks products do not meet a “recognised definition of health”.

On Tuesday, Nestle said it had launched a company-wide project to update its nutrition and health strategy. “It is looking at its entire portfolio to ensure that its products are helping meet their nutritional needs and supporting a balanced diet,” a Nestle SA spokesperson said.

For example, Nestle has significantly reduced the sugar and sodium content in its products in the past two decades, about 14-15 percent in the past seven years alone, the spokesperson added. “In recent years, we have launched thousands of products for kids and families that meet external nutrition yardsticks,” he said.

According to Nestle, it believes that a healthy diet means finding a balance between well-being and enjoyment.

“This includes having some space for indulgent foods, consumed in moderation. Our direction of travel has not changed and is clear: we will continue to make our portfolio tastier and healthier,” the company said.

Nestle is the maker of KitKat, Maggi, and Nescafe – some of the popular food brands.

The Financial Times said that it had seen a presentation circulated among top executives this year. Only 37 percent of Nestle’s food and beverages by revenues, excluding pet food and specialized medical nutrition, achieve a rating above 3.5 under Australia’s health star rating system.

Systems like the health star rating and Nutri-score are helpful in this regard and enable consumers to make informed choices.

In India, Nestle is one of the leading players in the packaged food category. It presently operates eight production units in India and had reported net sales of ₹13,290.16 crores for 2020.

The Indian market was ranked at number 11 to contribute to Nestle’s global revenue in 2020. 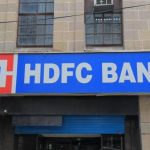