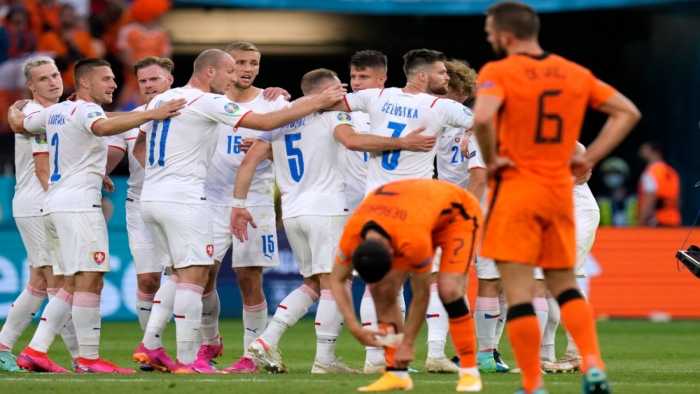 New tournament same story for Netherlands, as they are knocked out by Czech Republic in the round of 16.

The Dutch came into this game as clear favourites even though the Czechs have been pretty impressive in the group stages.

The shock of the tournament?

Czech Republic have dumped the Dutch out of #Euro2020.

The early scenes gave the idea that this was an equally matched contest and it really turned out to be that way. Both teams exchanged early possessions and kept doing quick attack at each other with Netherlands looking for an early break.

The Dutch, undoubtedly played much better in the first 20 minutes with only a handful of chances fell into the oppositions’ hands. Memphis and Dumfries, players from completely different positions were the main focus of the attack. But Czech’s first major chance came at around 21’ when Soucek’s header went just past the goalpost.

With the arrival of drinks break, the Dutch were clearly the better side and it looked liked that till 33’. After that the Czech started to create more chances and at 37’ again a huge opportunity came at their way. Barak got the ball at a wonderful place but this shot was deflected with the slightest of touches by a brilliant De Ligt tackle inside the box.

0 – For the first time since all Euro and World Cup games are analysed (1980), the Netherlands have failed to record a single shot on target in a tournament game. Extinguished. #NED #CZE #NEDCZE #Euro2020 pic.twitter.com/6nH4JdFRC9

Second half got underway with Dumfries getting the first booking of the game for his challenge on Kadarabek. At 51’, Netherlands were close to score the first goal when Malen skipped past a couple of defenders and only had the keeper to beat. He tried to go around the goalkeeper but Vaclik read the play brilliantly and made a superb save. A huge chance squandered by the Netherlands.

Then just a minute later, De Ligt was shown a yellow card for handling the ball just outside his penalty box but the VAR showed that it was deliberate as it stopped what seemed like a clear goal scoring opportunity for Czech. The yellow turned into red and the Dutch were now a man short. And it was over for De Ligt who was sent off at 55’.

The Czechs were now in control of the game and it was just a matter of time when they scored their first goal. Though their initial attempts were equally matched by the Netherlands despite a man short, they just couldn’t manage the pressure coming at them.

At 68’, Tomas Holes opened the score from a brilliant header The cross was delivered by Kalas. 0-1 Czech.

The red card was clearly a game changing moment as till then the Czechs had only a handful of chances and were dominated in the first half. But after De Ligt’s sending off the game turned on its head and at 80’, Patrik Schick put the game into bed with another goal making it 0-2 for Czech Republic.

Thank you all! 🇨🇿 pic.twitter.com/Bwr2nrZuaD

The game was over for Netherlands even though they tried to get back into the game but by the time it happened, it was too late. 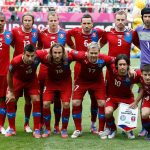 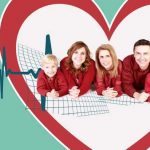