National League for Democracy, Myanmar’s ruling, claimed on Monday that it has won the election with a complete majority and has retained power. NLD said it was confident of winning a landslide victory in Myanmar in country’s second general election after the end of strict military rule since 2011 even though the state Union Election Commission has not yet completed releasing results from Sunday’s election.

“I can now confirm that were now securing more than 322 seats”, said Monywa Aung Shin, a spokesperson for the NLD information committee. There are 642 seats in Parliament.

“We were aiming to secure 377 seats in total. But it would be likely more than that”, said Monywa Aung Shin.

A victory by the NLD had been widely expected mainly because of the popularity of its leader, Aung San Suu Kyi, but in the international community her image has drastically changed due to her mishandling of the genocide of the Rohingya, whom many consider illegal immigrants from South Asia despite their families having been settled in Myanmar for generations.

Few have citizenship or civil rights, including the right to vote. The polls were cancelled in many ethnic minority areas including large parts of conflict-hit states including Rakhine, Shan and Kachin  for “security reasons”

The NLD came to power after a 2015 landslide victory in which it won a total of 390 seats, but was forced by the constitution into an uneasy power-sharing agreement with the military, which controls three key ministries and a quarter of parliamentary seats., a benchmark MyoNyunt said it expected to exceed, according to data compiled from reports by party agents at polling stations across the country.

Late on Sunday thousands of her supporters gathered outside her party’s headquarters waving and wearing red and flying the party’s fighting peacock flag.

Ms. Suu Kyi, 75, casted her ballot last week when the country held advance voting for the elderly in a bid to protect them against the coronavirus. increasing corona virus cases did not prevent millions from voting. face masks were compulsory, but crowds ignored strict physical distancing measures at many polling stations at a time when swathes of the country are in a lockdown.

More than 90 parties contested the election and 37 million people were eligible to cast ballots, including 5 million first-time voters. is the military-backed Union Solidarity and Development Party, which along with 23 other opposition parties had called for the vote to be postponed because of a surge in Covid-19 cases. But Suu Kyi refused to delay the polls and many fear that this can cause spread of corona virus at a huge pace. 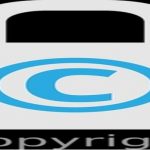