The AAP leader had failed to appear for hearings in a case where he has been booked for accusing the UP government of favouring a particular “caste”. He had instead sought 15 days to present himself before the superior MP-MLA court.

While rejecting the request on Tuesday, the court decided to issue a non-bailable arrest warrant against Aam Aadmi Party Member of Parliament Sanjay Singh. In this regard, a charge sheet was filed on September 7 of last year, and the summons was issued to Sanjay Singh on December 4.

A bench of the Allahabad High Court (HC) had turned down AAP MP Sanjay Singh’s plea requesting that the case against him be dismissed. The legislator then moved the Supreme Court seeking dismissal of the non-bailable arrest warrant issued against him in the case registered at Lucknow’s Hazratganj police station on August 12, 2020.

An FIR was registered against Sanjay Singh based on his comments at the BJP-ruled UP government led by Chief Minister Yogi Adityanath. Singh had been booked under sections 153-A, 153-B, 501, 505(1), 505(2) of the IPC.

According to Sanjay Singh, he moved the HC against the non-bailable arrest warrant issued in his name on January 21. He then filed a plea against the summons in the Supreme Court.

Judge PK Rai has set February 17 as the date for the next hearing against AAP MP Sanjay Singh. 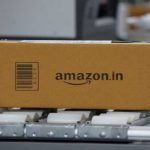 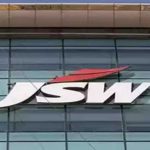