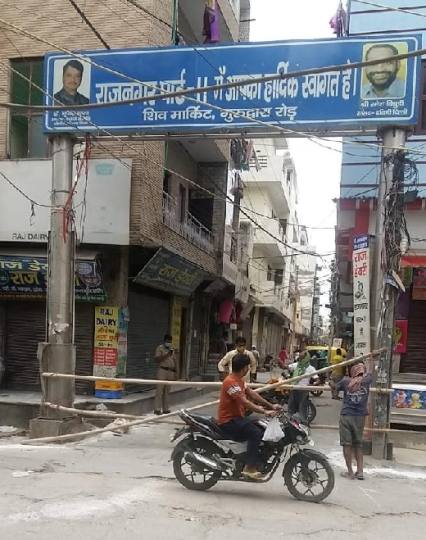 In this containment zone there will be 1 lakh people and each and every person shall be tested for Corona. The test of Corona shall be done by rapid testing kits.

In the leadership of DM Rahul Singh, SDM Chandra Shekhar has given the orders. According to administration, in this containment zone there will be 1 lakh people. The size of population is large this size of population is also a challenge for the administration. Police as well as municipal corporation of Delhi is working on plan to make a successful containment zone in the area of Rajnagar.

In the first stage of containment, F and H block shall be contained. As of now when this article is written the number of people were affected or infected from corona is 180 people. Everyone who is affected from Corona is admitted in Sardar Vallabhbhai Patel Corona Centre.

Despite many attempts to control corona, 10 to 15 people are daily affected from it. Due to this large number of people are are getting affected by infection which are daily increasing.

Administration decided to make Raj Nagar Part-2 of containment zone as a whole.