Defence Minister Rajnath Singh Friday said that a Pakistan minister’s admission that his country was behind the 2019 Pulwama attack in Jammu and Kashmir has silenced those who questioned the government and revealed the truth on the matter. “A Pakistani minister has revealed the truth in the Pulwama attack by giving a statement in the National Assembly. Pakistan has accepted that they were behind the Pulwama attack. Until now, they had been saying they were not involved in it,” Singh was quoted as saying by news agency PTI.

Singh’s remark came a day after senior Pakistani minister Fawad Chaudhry lauded the “success in Pulwama” in the National Assembly during a debate. “Humne Hindustan ko ghus ke maara (We hit India in their home). Our success in Pulwama, is a success of this nation under the leadership of Imran Khan. You and us are all part of that success,” Science & Technology Minister Fawad Chaudhry had said. Hitting out at the Congress at a rally in poll-bound Bihar, Singh said the admission of the Pakistani minister has silenced those who questioned the intent of the NDA government.

“Congress leaders had questioned our intent then. But now that a Pakistani minister has given a statement in the National Assembly that Pakistan was involved in the Pulwama attack, they are silent,” he said, adding that Opposition leaders were indirectly empowering Pakistan.

“Whenever we work for the country’s security with all our strength, the Congress and other opposition leaders raise questions,” he said. Citing the BJP government’s cooperation with the Indira Gandhi government during the 1971 war, the defence minister said that while BJP stalwart late Atal Bihari Vajpayee had praised Gandhi in Parliament, the Congress today is only questioning the government. “The Congress today has only one work left: doubting and raising questions over the government’s achievements. On the issue of the country’s territorial integrity, we should rise above political lines and work together,” he added.

Forty Central Reserve Police Force personnel were killed on February 14, 2019, when a jeep laden with explosives had hit a convoy of vehicles carrying security personnel on the Jammu-Srinagar highway at Lethpora in Pulwama.

Referring to Congress leader Rahul Gandhi’s remarks that China had captured “1200 km” of Indian land, Singh said the opposition keeps saying that China has “grabbed” India’s land, but if “we reveal the achievements of our Army, (they) will jump out of joy”. 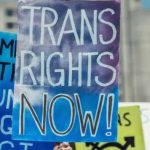 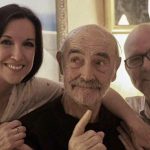