An examination by Panjab University has followed the inception of martyred officers of the 1857 revolt, whose skeletal remaining parts were found in a well in Ajnala, close to Amritsar.

The exploration has supported authentic records that the officers of the 26th Native Bengal Infantry Regiment had originated from West Bengal, Bihar, Odisha, Awadh (as of now in Uttar Pradesh) and parts of Meghalaya and Manipur and other northeastern states.

JS Sehrawat, Assistant Professor, Anthropology Department, stated: “We have looked for a rundown of martyred troopers from the British specialists. We will attempt to distinguish them and find their families so their last rituals can be directed in a legitimate way.”

The exploration has discovered that the remaining parts had a place with grown-up guys, who were not local people, but rather share a typical geographic zone. The wounds on the skull affirmed that the sepoys were slaughtered in volley fire.

“The troopers were in the age gathering of 20-50, had great dental wellbeing and sound dietary propensities,” said Dr Monika Singh, who finished her PhD while considering and researching for this project. 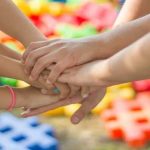