On 3rd October 2014, India’s Prime Minister Narendra Modi started an interactive podcast over Radio which is Man ki Baat. He interacts with the people of the nation on All India Radio. Since then, 72 episodes of Maan Ki Baat have been aired.

The Prime Minister had earlier on Friday asked people to share their inputs and ideas for his monthly radio program.

On 27th December 2020, the last episode of Man ki Baat this decade aired.

PM Modi addressed the nation for the last time this year and, in the end, wished everyone well for next year and everyone to be safe and healthy.

He wished everyone in Man ki Baat and said that it would be great if the country reaches greater heights in 2021.

He mentioned how courageously we stood against COVID -19 and passed all the challenges we face during a pandemic.

Modi talks about the center’s “Atmanirbhar Bharat” campaign and that a considerable change has begun in the mindset of the Indian public they are asking for Made in India products. As said by our PM, Even economists would not be able to assess it on their parameters.

He said that people are now talking and promoting the ideology of “vocal for local” nevertheless, he pointed out that in this process, quality must not be sacrificed. To encourage the same, he asked that we should replace our daily products of foreign origin with Indian products, for which he suggested making a list of such foreign products and then shift to their Indian alternatives.

PM also paid tributes to several Sikh Personalities, including the sons of Guru Gobind Singh; he said their sacrifices protected our culture.

He mentioned that the number of leopards has increased by 60% between 2014 to 2020; not only this but the count of tigers and lions and the area of Jungle has increased in India in between this period.

In this, Maan Ki Baat Modi acknowledged the efforts of youth brought into the limelight by Friday’s inputs by the nation. They helped restore and renovate the temple. He mentioned Our country’s child has a ‘can do’ approach and ‘will do’ spirit.

brand.”Next time when you decide to buy saffron, think of purchasing saffron from Kashmir. The warmth of the people of Kashmir is such that the taste of their saffron is different,” PM Modi said.

With the Indian economy ranking 5th in this world with a downfall due to global pandemic, we hope that in next year there will be growth and may every citizen prosper with this we Asian Read wish you all a Happy and Exciting and Safe and Healthy New Year. 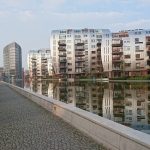