A disappointing UCL night for Manchester United as they lose 3-1 to PSG, Fred gets set off PSG top group H, United sit second with one game in hand to qualify for the round of 16 of the UEFA Champions League.

Starting the line-up with a 4-3-3 formation, Manchester United manager Ole Gunnar Solskjaer  chose to start David De Gea after he was declared fit to play even though he was fresh from the knock in the knee during the game against Southampton last weekend and was forced to be replaced by Dean Henderson during the half-time break. Up-front it was Rashford through the right, Martial from the left and a very first Uefa Champions League start for the Red Devils for Edinson Cavani, after very good performances as well as scoring two great goals including the late-winner against Southampton last weekend. With Luke Shaw still out injured, it meant that it was yet another start for the Brazilian, Alex Telles playing alongside with the regulars, Wan Bissaka, Victor Lindelof and club captain Harry Maguire. Scott McTominay was given his start in the mid-field alongside Fred and Bruno Fernandes. Meanwhile Pogba, fresh from an injury was back in the bench. With a 5-substitute rule in place in the Uefa Champions League, it meant that Ole could later in the game, play his hand and pick among a hand full of from the bench which includes the likes of Daniel James, Mason Greenwood, Mata and many more.

United needed just 1 point from this game to secure a place in the round of 16, whereas PSG were eager for the all three.

In the 6th minute, a darning run Mbappe while linking up with Neymar, after which Mbappe had taken a shot from outside the box, the shot then deflected off a United defender and fell straight in front of Neymar, which he lashed inside United’s net and made in 1-0 within 10 minutes of the game.

De Gea had to make a good save at the 10th minute from a shot from Florenzi.PSG dominated the possession in the first half with United setting back and waiting for breaking into a counter attack.

A fizzing cross by Florenzi wasn’t dealt by the United back line, though it fizzed past Neymar as he was flying in for a tap-in.

At the19th minute incident involving Fred and PSG midfielder Paredes which saw Fred get a yellow card after he and Paredes had a little tiff. Fred was lucky to not be sent off after he had brushed his head off that of Paredes’s head while exchanging a few works in the process. Referee took a close look at the VAR monitor and decided to issue yellow instead of a first thought red.

A Rashford shot from outside the box saw a deflection from an outstretched leg of Danilo and it got in by deceiving the goalkeeper Keylor Navas who had judged the initial shot from Rashford and went the opposite way. The move started with a well balanced United passing at the edge of the box and an excellent footwork from Anthony Martial working into the PSG defence from the left hand side.

Bruno Fernandes wasted a good scoring opportunity ahead of the half-time whistle when a deep ball in from behind the PSG from Martial was controlled by a running Fernandes in front of the PSG box, the United fans were expecting a fantastic lash at it but instead he decided to square the ball to incoming Cavani but he could not square the ball on to Cavani as the ball lacked the required weight and touch.

Right at the start of the second half United had a golden opportunity missed, when United broke beautifully, with Cavani slipping Rashford in. Rashford then laid it across and it’s on a plate for Martial 10 yards out but, perhaps put off by the run from a covering defender if we are being really generous, he skies an absolute sitter.

After a brilliant work starting right from their own half, a swift passing led to a one-one opportunity to Cavani which he chipped beautifully but which unfortunately hit the cross bar. The move deserved a goal, as the moves and the work by the united players to make the move deserved a goal too in the end. The ball hit the cross bar and fell back to Anthony martial whose hard it shot was stopped by. United’s counter, begun by a quite startlingly astute dummy from Fernandes deep in his own half.

At the 66th minute De Gea made a fine save when substitute Bakker found space on the left of the box, found after good play by Neymar, and he went for the slide-rule finish, but De Gea gets a fingertip on it and sent it out for a corner. The resulting corner is cleared to the edge of the box and Herrera drilled it back in, Diallo sticks out a foot and dabs it across which eventually Marquinhos squeezed past De Gea from two yards.

At around 72th minute of the game, Fred gets a second yellow immediately, for clipping Herrera. His first touch gets away from him and, although he does eventually get a toe on the ball, he’s adjudged to have got too much of the man. That’s was harsh really, I’m not sure what he did wrong – but he didn’t really have a lot of margin for error after that first half, we have to say.

At the end, there was no mistakes time from the Parisian attack after taking advantage of 10-men United. In another counter, fluidly worked to Rafinha, who drew De Gea and rolls it across to Neymar for a cool finish from close in. Neymar had started that move with a brilliant run and pass. That was game, set and match for PSG and an unlucky night for United at Old Trafford even after getting a lot close to scoring.

The final whistle meant that United were deprived from their early qualification into the knock out stages of the Champions league and have to fight for it in their last group stage match against RB Liepzig.

The away side take all three points.#MUFC #UCL

Turing points of the game for Manchester United 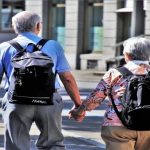 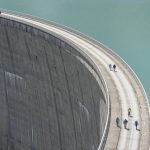