American Actress Cochanta Ferrell well known for her roll Sassy Housekeeper Berta in American Sitcom “Two And A Half Men” passed away on October 12th, 2020, Monday at California’s Sherman Oaks Hospital following a cardiac arrest at the age of seventy-seven according to the media.

She attended West Virginia University for two years, dropped out, and after working several jobs, enrolled and graduated from Marshall University with a degree in history education. She made her first onstage performance at Marshall in 1969 in the second Barfenon Review, a skit comedy and musical production.

Ferrell began her career on the stage as a member of the Circle Repertory Company. She appeared in the original Off-Broadway cast of Lanford Wilson’s The Hot l Baltimore and won the Drama Desk, Obie and Theatre World Best Actress Awards for her performance in the off-Broadway play The Sea Horse.

Acting on stage, television and film for decades, she may have originally been best known for her starring role as the frontier housekeeper in the 1979 feature film Heartland directed by Richard Pearce, and as the tough-talking owner of Mystic Pizza, co-starring alongside Lili Taylor, Annabeth Gish, and Julia Roberts, who portrayed pizza waitresses. She also played a tough, comical nurse on the short-lived 1980s TV sitcom E/R.

In 1992, she received her first Primetime Emmy Award nomination for Outstanding Supporting Actress in a Drama Series for her recurring role as Attorney Susan Bloom on the sixth season of L.A. Law, but lost to Valerie Mahaffey for Northern Exposure. She had previously appeared in an episode of the show in 1988 as Lorna Landsberg until her character was renamed Susan Bloom]

an absolute sweetheart
a consummate pro
a genuine friend
a shocking and painful loss.

Berta,
your housekeeping
was a tad suspect,
your “people”keeping was perfect.

Ferrell’s supporting roles in films include performances in Deadly Hero, Network, Edward Scissorhands, Erin Brockovich, Crime and Punishment in Suburbia, Mr. Deeds and K-PAX as well as a small part in True Romance. Her other television credits include Buffy the Vampire Slayer, Hot l Baltimore, Teen Angel, Matlock, B. J. and the Bear, Good Times, Hearts Afire, Townies, Night Court, The Love Boat and Push, Nevada. She played Mrs. Werner in the episode of Quincy, M.E. titled “Into the Murdering Mind” (1982). She has also made memorable appearances portraying blunt, authoritative judges (the “Jagged Sledge” episode of Sledge Hammer! in 1987, and on “The One with Joey’s Porsche” episode of Friends in 1999).

She accepted a role in the off-Broadway play Love, Loss, and What I Wore for an April 27 through May 29, 2011, run with Minka Kelly, AnnaLynne McCord, Anne Meara, and B. Smith. Ferrell was best known for portraying Berta the Housekeeper in the CBS sitcom Two and a Half Men, appearing in a total of 212 episodes from 2003 to 2015. She had received two nominations for a Primetime Emmy Award for Outstanding Supporting Actress in a Comedy Series in 2005 and 2007, but lost to Doris Roberts for Everybody Loves Raymond and Jaime Pressly for My Name Is Earl.

She was a beautiful human

Berta’s gruff exterior was an invention of the writers. Chatty’s warmth and vulnerability were her real strengths.

I’m crying for the woman I’ll miss, and the joy she brought so many. https://t.co/SucL6gFaAR

In 2012, she voiced the role of Bob’s Mom in Frankenweenie, which was directed by Tim Burton. She was slated to appear in the upcoming feature film Deported (2020), and had earlier acted in A Very Nutty Christmas (2018), a holiday-themed television movie. 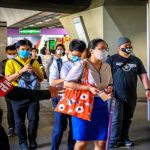