It is the first solar project to break the “grid parity barrier”. In comparison to the tariffs of solar projects in early 2017 of approximately Rs. 4.5 per unit, The Rewa Solar Project achieved the first year tariff of Rs. 2.97 per unit. Thus, making it more affordable than others.

WHO WILL UTILISE THE ENERGY FROM THIS PROJECT

This will be a great step for India in order to achieve the national goal of 100GW of solar power generation capacity by the year 2022, when India will complete 75 years of its Independence from the British raj. Right now, as per March 31st 2020, the total installed capacity of Solar Power in the country is around 34,627 MW.

Mr. Guterres said, “Renewable energy is the only energy source expected to grow in 2020. Coal has no place in the Covid-19 recovery plans. Nations must commit to net-zero emissions by the year 2050 and submit more ambitious national climate plans before COP-26 next year.”

The Government is under way to set up another, and bigger, Solar Power Park in Tumkur district of Karnataka which will generate around 2,000 MW of energy. This project will be developed by Karnataka Solar Power Development Corporation Pvt. Ltd. 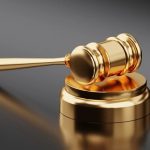 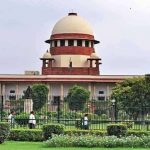