The trailer of ‘Sadak 2 starring Alia Bhatt, Sanjay Dutt & Aditya Roy Kapur, is magnetising a plethora of criticism from the audience and as a consequence, has become the most disliked trailer on YouTube. It got 64 lakh dislikes in just a single day. The film is directed and produced by Alia Bhatt’s father Mahesh Bhatt and also is the first collaboration of both.

The trailer has transformed into a dart board for the people’s antagonism by virtue of the controversial death of Sushant Singh Rajput. This can be traced way back when; right after Sushant’s death, Alia’s video from the talk show ‘Koffee With Karan’ went viral on social media. It showed how Alia thought so little of Sushant, and then became a blaze in ongoing controversy of Sushant’s death.

By seeing the response to the trailer it can is very much probable that the film will be getting more amplified resentment.

Prior to the release of the trailer Rhea Chakraborty was in contact with Mahesh Bhatt – the topical cause for the condemnation of the trailer.

Pooja Bhatt, wife of Mahesh Bhatt, defended her daughter, and she tweeted, “Hate.Debate.Malign.Lie. Boy’coot’. Scoot. Unfriend.Trend. Over the top? Why not? Gotta do what it takes to be host with the most with a hot bot!” 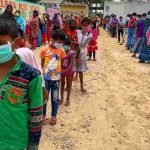 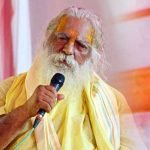