The concept of arbitration in India was present since 1940. It came into limelight after the effects of the former Prime Minister P.V. Narasimha Rao, when he found out the irregularities in past enactments on arbitration. He studied the international models like the United Nations Commission on International Trade Law (UNCITRAL) and Model on Commercial International Arbitration. Under which to satisfy the state’s needs, the Arbitration and Conciliation Act, 1996 was designed.[1] The Act, of 1996 includes guidelines mentioned in the UNCITRAL Model on International Commercial Arbitration and the rules for Conciliation. It also incorporates the methods for conciliation which is one of the strategies for Alternative Dispute Resolution. There are four ways for ADR – Arbitration, Conciliation, Mediation, and Negotiation. The Act, itself an independent code as it includes both the substantive and procedural law for arbitration in India, setting out the laws related to the procedure. The procedure can be designed by the parties under the consideration of the appointed arbitrator.

Salient Features of the Arbitration and Conciliation Act 1996

Conciliation is one of the modes of Alternative Dispute Settlement. It promotes outside court dispute settlement, whereby parties to the conflict try to settle with the help of an unbiased conciliator. Conciliation is flexible, confidential and a volunteer process, in which parties are free to decide the adapt laws as per their requirement.

Salient features of the Conciliation

[1] The Arbitration and Conciliation Act, 1996, An Analytical Outlook, Shodhaganga. 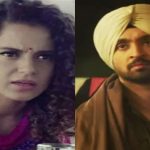 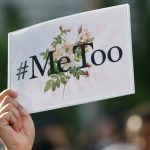