New Delhi: The Securities and Exchange Board of India (SEBI) on Wednesday barred Future Group CEO Kishore Biyani and his brother Anil from accessing the securities market for supposedly one year.

SEBI’s order relates to a case of alleged insider trading by both the brothers between March and April 2017.

The market regulator declared its decision openly after an investigation into unpublished price sensitive information to trade in Future Retail.

SEBI asserted that Biyani, along with some other parties, is pertained to disgorging an amount of over Rs 17.78 crore.

In its inquiry, SEBI found that the Biyani‘s opened a trading account for an entity named Future Corporate Resources Private Limited. This entity traded in Future Retail’s shares based on unpublished price sensitive information before the demerger decision of certain businesses of the company was made public.

Moreover, as per the order, Biyani will not be permitted to buy, sell or deal in Future Retail securities for two years.

Besides, Future Corporate Resources and the two Biyani brothers will require to pay a penalty of Rs 1 crore within 45 days. 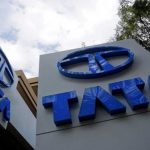 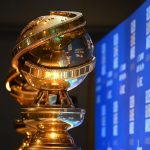