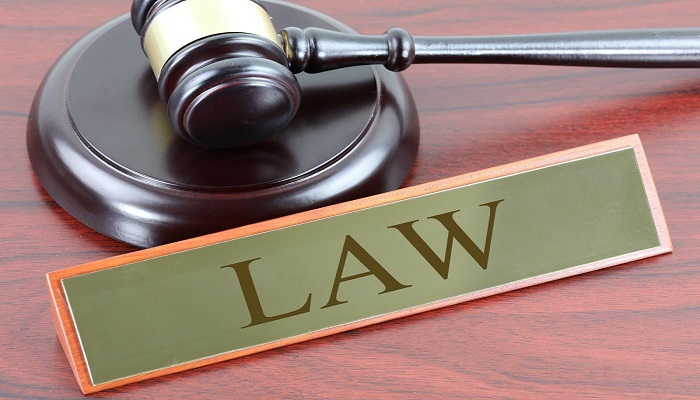 Sedition in late Middle English means in the sense ‘violent strife’; which means actions, gestures, words, representations of discontent towards the established government.

Today the law of sedition in India has been assumed to be one of the most controversial importance for changing Politics and especially because of the constitutional provision of Freedom of Speech guaranteed as a Fundamental Right. The law of sedition was formally also embodied in some other Acts as well. However, it was similar to what is now contained under Section 124 A of The Indian Penal Code 1860. The draft of Sedition was also prepared which said: Whoever by words whether spoken or written attempts to excite feelings of disaffection towards the government established within the territories of the East India Company among any class of people would be punished with imprisonment for life, which can be extended, with a fine added by The Indian Law Commissioners and it was proposed to be drafted under The Indian Penal Code. Although it was removed in the year 1860 as on when it was enacted due to some reasons later in 1870 Section 124A was inserted by an amendment.

Thus, this Section was later on replaced by the amendment act of 1898. All together with all the changes Section 124A of the Indian Penal Code now stands as follows:

“Whoever by their words, written or spoken, by signs, any visible representations, or any other way, brings hatred or attempts to excite disaffection towards the established government by law, shall be liable for punishment with imprisonment for life or which can be extended to 3 years or fine may be added.”

The two provisions that are Section 124 A and Freedom of Speech and Expression must not be confused with each other as they both are a different concept.

Freedom of Speech and Expression that is Article 19(1) (a) that has been granted comes up with certain responsibilities and restrictions, which does not include words which are spoken or written, signs visible representations, or attempting any method that spreads hatred towards the government established by law. Instead, it includes the words, speeches, representations that are in the interest of our sovereignty and integrity of India with security and friendly, healthy decent relations with one another.

Origin of Sedition in India

Sedition Law in India was first formulated by the British historian politician Thomas Macaulay in 1837, but it was not included in The Indian Penal Code when the same was enacted in the year 1860. Some of the most famous cases during the British Raj involved charges against the leader of the Indian Independence Movement. The first among them was the trial of Jogendra Chunder Bose in 1891, there were many more cases against the speeches and newspaper articles written by Indians. The most well-known cases however were the cases of Bal Gangadhar Tilak and the trial of Mahatma Gandhi in 1922, where Mahatma Gandhi and Shankerlal Banker were accused of sedition for three articles published in the magazine ‘Young India’, which criticized the British Government. After independence The Constitution (First Amendment) Act, 1951 added the term public order to Article 19(2), which meant that citizens have freedom of speech and expression with some reasonable restrictions.

Thus, sedition was recognized as a crime from there on, Prime Minister Jawaharlal Nehru believed that sedition holds no place in free India. Since then there have been many cases questioning its validity but the Supreme Court in Kedarnath Singh V. State of Bihar ruled favor in of this law.

According to the Indian Penal Code 1860:

Section 124 A states that whoever by their words – written or spoken, by signs, any visible representations, any other way, brings hatred or attempts to excite disaffection towards the government established by law, shall be liable for punishment with imprisonment for life or period which may extend to 3 years or fine that may be added.

The term disaffection means the feeling of aversion (that is strong dislike), disloyalty which promotes hatred, and discontent, and public disorder, which do not constitute an offense under this section.

The main essentials that cause sedition are:

In other simple words Sedition means going against or defamation of Government by violent forces, harm in any way, killing off any authority figure of government resulting in committing sedition. It not only incites people but also promotes the overthrowing of the Government. To overthrow means to remove the Government in force. This is very often to happen in countries where the government is not organized, stable, and strict.

Example: Two or more people who give public speeches suggesting the need for a total revolution “by any means necessary” and have not necessarily conspired to overthrow the Government. Rather they are just sharing their opinion. But actively planning such an action (distributing guns, working out on an attack, opposing lawful authority, etc.) could be considered a seditious conspiracy.

Defences that can be used by a person charged with the offence of Sedition to get an exemption from criminal liability:

Constitutionality of Sedition Law in India

The Constitution 1950 grants us certain Freedom Rights which represent our basic human rights and liberty. Under Article 19(1) (a) which comes with certain responsibilities and reasonable restrictions. To prevent Public order, Decency, Defamation of other people, protection of the integrity of India.

Sedition is a controversial expression of discontent by the youth or any other person. In Post- Independence India, Section 124 A has come under criticism many times because it curbs our “Freedom of Speech”.

Thus, it has been claimed that this provision of the Indian Penal Code stands in violation of the constitution of India. Let’s take a look at various cases where the question of the validity of Section 124 A has aroused since till now.

Facts: In this case, two pleas were pending against Tara Singh for the two speeches that he had given, one in Karnal and one in Ludhiana. He was charged with Section 124 A as well.  He challenged the same, saying that the crime of sedition is inappropriate in India after the foreign rule has ended and said that Section 124 A should be declared void as its violation Article 19(1) (a) of the constitution of India.

Held: The High Court held that with agreeing to the claim of the constitutional validity of Section 124 A and that it was a violation of Article 19 (1) (a) at the same time quashed the proceedings against Tara Singh and ordered him to be set free.

Facts: The petitioner said that the order of banning his paper Cross Roads by Madras State violated his Fundamental Rights of Freedom of Speech and Expressions under Article 19(1) (a) of the constitution.

Held: The Supreme Court held that putting restrictions will only be considered only when there is a danger to public security where such danger is not present or visible, it is not held to be unconstitutional and allowed the application of the petitioner under Article 32 of the constitution and quashed the order of Madras State prohibiting the entry and circulation of the paper in the State of Madras.

The court held that Section 124 A imposes restrictions on freedom of speech and expression not in the interest of the general public and infringed the Fundamental Right and Freedom of Speech. Therefore, declared Section 124 A ultra vires to the constitution.

Facts: In this case, the accused was charged under section 124 A for delivering certain speeches. In those speeches, he called the officials CID “Dogs”, and members of the Government “Congress goondas”, who were mistakenly chosen by people. He encouraged the audience to strike against the Government and drive them out like the British. For this, he was convicted under Section 124 A by a Magistrate’s court in the state of Bihar. He then obtained special leave to appeal to the Supreme Court, where his main argument was that the restrictions imposed by Section 124 A on the “Freedom of Speech and Expressions” of a person were beyond the ambit of the legislative power as given by Article 19(2).

Held: It was held by the court that the provisions of Section 124 A are not unconstitutional as being violative of the fundamental right of Freedom of speech and expression under Article 19 (1)(a) of the Constitution of India.

Sedition is no doubt a controversial concept and must be held in a delicate balance with our ‘Right to Freedom of Speech and Expression’. While no citizen should be allowed to spread unnecessary hatred amongst the masses and incite violence against the Government.

In an era where the citizens are increasingly aware of their rights and liberties and have a growing sense of duty and responsibility in this democratic system, perhaps it is the perfect time to consider reform in this law. 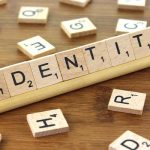 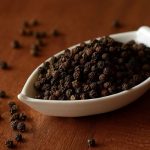