A special court has issued a public notice to fugitive diamond merchant Nirav Modi, wanted in India for alleged fraud and money laundering in the PNB scam case, asking why his properties should not be confiscated under the Fugitive Economic Offenders (FEO) Act.

Special Judge V C Barde has also asked Modi to appear before the court on June 11.

If the accused failed to appear, the court would proceed with action against him under the FEO Act.

The special court had in December 2019 declared Nirav Modi, a fugitive economic offender, on a plea of the Enforcement Directorate (ED), which is conducting a probe into the case.

“I, V C Barde, Special Judge, PMLA, 2002 and Fugitive Economic Offenders Act, 2018, issue NOTICE to you to show cause as to why the properties mentioned in the application (ED’s plea), in which you have pecuniary interest and/or otherwise, should not be confiscated under the said Act,” the recent notice said.

The notice said the family members had been enumerated as “interested person” in the application.

The investigating agency has alleged that Nirav Modi and his uncle Mehul Choksi, in connivance with certain bank officials, allegedly cheated the Punjab National Bank (PNB) to the tune of Rs 14,000 crore through issuance of fraudulent Letters of Undertaking (LoUs).

The LoUs were allegedly issued fraudulently by a Mumbai branch of the PNB to a group of companies belonging to Nirav Modi since March 2011, till the case came to light.

Under the FEO Act, a person can be declared a fugitive economic offender if a warrant has been issued against him for an offense involving Rs 100 crore or more. He has left the country and refuses to return. 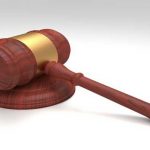 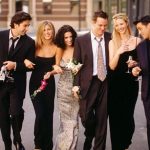