The US-based Stanford University has lately broadcasted a list that depicts the top 2 per cent of the most-cited scientists in several domains. The all-out list has 1,59,683 persons with almost 1,500 scientists, doctors and engineers in India.

“The list includes the name of 14 professors of Indian Institute of Technology (Banaras Hindu University). All these have been selected based on their research paper’s international evaluation,” IIT BHU Director Pramod Kumar Jain said.

The fourteen faculty members from IIT-BHU include – Rajiv Prakash, Dean (Research and Development); Pralaya Maiti and Dhananjay Pandey from the School of Material Science and Technology; Yogesh Chandra Sharma and PC Pandey from the Chemistry Department; Brahmeshwar Mishra, Sanjay Singh, SK Singh and MS Muthu from Pharmaceutical Engineering and Technology; Devendra Kumar from Ceramic Engineering; Subir Das from Mathematical Sciences; Rakesh Kumar Singh from Physics; Zahra Sarkar from Mechanical Department and Om Prakash. Led by Professor TG Sitharam, Director, IIT Guwahati, the IIT Guwahati faculty members have been indexed for their research publications’ citations for 2019 and their lifetime contribution to their research areas.

“This recognition of several faculty in the world’s top 2% of Scientists List has placed IIT Guwahati in the global map of science and has brought great pride to the institute. I congratulate all the 22 Scientists and their hard work and commitment to furthering science,” Prof. Sitharam said in a statement.

The database, according to IIT Guwahati, was developed to procure updated examinations and a publicly accessible database of top scientists that deliver standardized knowledge on citations, h-index, co-authorship-adjusted HM-index, citations to papers in distinct authorship stances, and a composite pointer. The IIT Guwahati faculty members captioned in the list are from different scientific arenas — the Departments of Civil Engineering, Mechanical Engineering, Physics, Chemical Engineering, Biosciences and Bioengineering, Chemistry, Electrical, and Electronics. 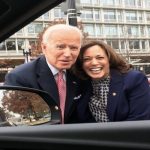 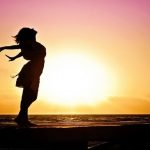