Due to harsher limitations across states during the ongoing second Covid-19 wave, India’s jobless rate is expected to exceed 10% in May. This month, urban employment has suffered a bigger hit.

According to another report by the Centre for Monitoring Indian Economy, during the recent lockdowns and restrictions following the second wave of the COVID-19 epidemic, India’s jobless rate hit a one-year high of 14.73 percent in the week ended May 23. (CMIE). In April 2020, India’s jobless rate reached an all-time high of 23.52 percent.

According to the Mumbai-based think tank Centre for Monitoring Indian Economy (CMIE), the 30-day moving average employment rate declined by 100 basis points in the week ending May 23. It represents a loss of ten million, or one crore, employment. According to Mahesh Vyas, CEO of CMIE, the unemployment rate has gone up to double-digits when India was hit by a stringent nationwide lockdown during April and May 2020. He, however, feels that even the local restrictions across states are taking a toll on the economy during the second wave.

The stagnating labor participation rate (LPR) is another major cause for the overall rise in unemployment in May, according to the CMIE. The LPR was 39.98% in April, and on May 23, it had climbed somewhat to 40.10%.

According to CMIE, the increased unemployment rate in May is directly related to the absence of an LPR increase.

However, this does not imply that the unemployment rate is growing only as a result of slower LPR growth. According to Vyas, the uncommon loss of employment during May is also an indicator that more individuals are quitting their jobs. 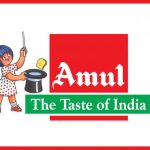 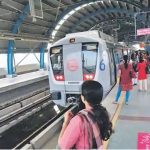