What is said to have been given a big boost to Indian Air Force’s air power, three more Rafale fighter jets reached India on Wednesday evening, from France.

The second batch of three Rafale aircraft got airborne from Istres airbase in France and flew for over eight hours before landing at an IAF base. They covered a distance of over 3700 nautical miles with three in-flight refuellings. pic.twitter.com/gHEixnMh2B

In the first batch India had received five Rafale aircraft in July, nearly four years after India signed an inter-governmental agreement with France and these were inducted in IAF in September. The first batch has already been in operation and has carried out sorties in the Ladakh sector. Indian Air Force is likely to operationalise the second batch of Rafale jets at the earliest.

Second batch of IAF #Rafale aircraft arrived in India at 8:14 pm on 04 Nov 20 after flying non-stop from France.

The second batch of Rafale jets, the first western combat aircraft to join the fleet 23 years after the Sukhoi aircraft from Russia, has arrived in India; the Air Force tweeted this evening. The jets had covered the 7,000-odd km flying non-stop from France, the IAF posted after the three aircraft landed.

The jets landed in Jamnagar last night without a stopover on the way, with refueling support from Indian and French tankers. The second batch of the Indian Air Force’s three Rafale fighter jets, which reached the Jamnagar airbase in Gujarat from France on Wednesday, are likely to fly to their home base in Ambala on Thursday, officials familiar with developments said.

The delivery had started nearly four years after India signed an inter-governmental agreement with France to procure 36 aircraft at a cost of ₹ 59,000 crore. After the delivery of the first and second batches of the Rafale Jets, India will continue to receive subsequent jets every 2-3 months from France until all 36 Jets have been delivered.

The induction of all 36 jets will be completed by 2023, Chief of Air Staff Air Chief Marshal RKS Bhadauria has said.

France has agreed to equip Indian Rafale fighters with air-to-surface Hammer all-weather smart weapon apart from air-to-air MICA, METEOR missiles and air-to-ground SCALP stand-off weapon. Meteor has the ability to chase down and destroy agile hostile fighters at even the furthest of ranges and has a no-escape zone many times greater than any other air-to-air missile. Neither Pakistan nor Chinese Air Force yet has a missile to counter it. These Meteor air-to-air missiles will prove deadly during a dogfight. The Hammer is a fire and forget weapon that can be launched from a very short range to a very long range of 70 kilometers without availability of GPS and has high resistance to jamming and target location errors.

The IAF pilots brought home the second batch of three Rafale aircraft today after flying non-stop from France in a ferry that lasted for over 8 hours.

According to senior officials, the Hammer contract was signed between the two governments in September 2020 and the weapons in large numbers will be delivered to the Golden Arrows Squadron of Indian Air Force station in Ambala by the end of this month. The Hammer weapon can be used for multi-target attack and has zero maintenance due to reduced life cycle cost. With data link capability, the weapon is aware of the hostile environment and has full flexibility to strike at the target. 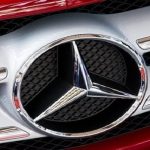