At least 32 people were killed and 91 injured on Friday when two trains collided on a railway in southern Egypt, the health ministry said.

According to the health ministry and a local official, the collision in the province of Sohag derailed three carriages. It was not immediately clear what caused one train to crash into the back of the other.

Dozens of ambulances were dispatched to the scene to transport casualties to nearby hospitals, the health ministry said.

Video images circulating on social media showed one of the carriages lying buckled and overturned across the track. At the same time, onlookers crowded around or clambered over the wreckage to search for survivors.

Egypt’s public prosecutor ordered an investigation into the accident, according to state-owned Nile Television. A statement from the railroad authority said unknown people had released the emergency brakes on one of the trains, causing the crash.

The accident comes two years after a significant collision at Ramses Station in Cairo killed at least 24 people and injured more, causing an explosion and blaze that engulfed the hall. 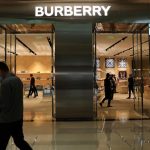