Manchester City have only lost once after facing German oppositions Monchengladbach 6 times in the very same competition, while both sides sharing points twice. Borussia Monchengladbach on the other hand have come out of a very tough and challenging group while squaring against Real Madrid and Inter Milan twice respectively and eventually reaching the round of 16 after last game drama which saw Inter Milan exit the Champions league and Shakhtar Donetsk dropping down to the Europa League.

As such, the English giants will be getting a fair share of competition from the German side with the likes of Marcus Thuram and Alassane Pléa looking to create problems to the Pep Guradiaola’s men.

The defending champions, Bayern Munich travel to Rome in February before the return leg in Germany in March. It’s a decent draw for Bayern as chief among the threats in Lazio’s squad is Ciro Immobile. While Bayern fans will remember him his time at Borussia Dortmund, the Italian has been amazing in his stint at the Italian capital  even beating Bayern’s Robert Lewandowski to the Golden Boot last season. Even though he has not been as prolific as last season, he’s the danger-man on Simone Inzaghi’s side.

Lazio already beat and drew Borussia Dortmund over two legs this season, so they’re no pushovers. Bayern Munich will have to be in peak condition to beat them, hopefully Hansi Flick has something planned.

Chelsea topped Group E with four wins and two draws from their six games, but were rewarded with arguably the toughest draw they could. With Barcelona stumbling both domestically and in Europe, Atletico are arguably seen as the toughest of the second-placed sides due to the defensive and combative style Atletico Manager Simeone has imprinted in his players over the last nine years as manager.

“It is a tough one,” former Blues midfielder Glenn Hoddle told BT Sport. “It’s the one they probably didn’t want. I think Chelsea have certainly got the firepower up front to open up Atletico, but it depends also as you’re going into these big games I always feel if you’re hitting confidence, momentum and results – but we won’t know that – if you’re hitting them when playing well, winning back-to-back games in the league. We’ve got to hope all three English clubs are in that mode when they go into these games, particularly Chelsea against Atletico.”

Liverpool have never played Leipzig in their history, though the two clubs have met in the transfer market with Naby Keita joining in 2018, while ex-Reds youngster Peter Gulacsi is now Leipzig’s No. 1. Julian Nagelsmann’s side reached the last 16 ahead of Man United, having beaten them 3-2 in their final group game to finish second in Group H.

Liepzig are currently third in the Bundesliga, level on points with second-placed Bayern Munich and only one behind league leaders Bayer Leverkusen, having conceded the fewest goals in the German top flight so far, with nine in 11 games, whereas Liverpool sit second in the Premier League table having lost only once in 12 games. RB Liepzig are yet again considered the dark horses of this year’s edition of the Uefa Champions legue after reaching the semi-finals last season.

Cristiano Ronaldo will make a return to Portugal as Juventus were drawn with Porto a side he has mixed memories of playing against in the competition. In 2004, his Manchester United side were eliminated by Porto after a draw at Old Trafford, which sparked Jose Mourinho’s famous run down the Old Trafford touchline. However, five years later, Ronaldo scored a stunning goal that decided their quarterfinal clash, and he was awarded the Puskas Award for it.

“At this stage in the Champions League, all of the teams are very strong. As I said last year, when we drew Lyon and we went out, these teams are used to playing these games, like Lyon, like Porto, because when you advance to the next round, it’s very important to get there at the right moment and in good form.” Said Juventus vice-president, Pavel Nedvěd.

Barcelona facing 2019-20 finalists, Paris St-Germain is arguably the tie of the round, a repeat of their 2017 classic is highly solicited. This draw instantly brought back memories of the remarkable 2017 draw between the two clubs, which saw Barcelona complete a remarkable and breathtaking comeback. The clash means that, if fit, Neymar will return to Camp Nou. The last time these teams met in the competition produced one of the most memorable matches in Champions League history as Barcelona inspired by Neymar won the round-of-16 second-leg clash 6-1 to recover from a 4-0 first-leg defeat. Neymar left in the summer of 2017, and this will be his first return.

Another big aspect of this tie is the fact that Neymar would be facing his former team and his former team mate Lionel Messi, which will refresh his Champions League triumph with the Spanish giants in the 2014-15 edition of the elite competition.

Borussia Dortmund have been drawn against the 2019-20 Europa League winners, Sevilla. Borussia Dortmund qualified for the Champions League round of 16 after finishing as group winners in Group F with 13 points. Sevilla also earned 13 points but finished second to Chelsea in Group E. The Spanish giants are the current holders of the UEFA Europa League. They beat Inter Milan in last season’s Europa League final, and their run to the title also including wins over AS Roma and Manchester United.

Borussia Dortmund and Sevilla have only faced each other twice before. The two sides last met during the UEFA Europa League group stage in 2010. Sevilla won the game at the Westfalenstadion 1-0, while the reverse fixture in Spain ended in a 2-2 draw.

Los Blancos managed to win their group even after their struggles during the Group Stage and therefore avoided to face tough teams like Bayern Munich, Manchester City or Liverpool in the next round of the competition. Real Madrid should be considered the heavy favorites to advance to the Quarterfinals, but Zidane’s men will have to show up and make sure they take care of business, because the same could’ve been said when they lost to Shakhtar twice or even when they were eliminated by Ajax two years ago in the Round of 16.

Atalanta are a very offensive-minded team who have been playing quality football for the last few years. However, main star Papu Gomez seems to be ready to leave the club during the winter transfer window after an argument with coach Gasperini, so that should make Madrid’s job much easier. Furthermore, they’ve been underperforming so far this season, so it’s clear that it’d be a huge failure for Madrid not to go through. 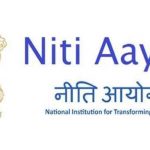 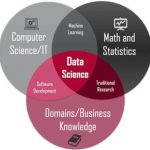