The use of force has been a long-standing phenomenon in international relations and has been considered to be directly linked to the sovereignty of states, the limitless power wielded by states to use all possible means to guard and protect their interests. Law includes a system of authorized coercion in which force is used to maintain and enhance public order objectives and in which unauthorized coercions are prohibited. Thus, law and coercion are not dialectical opposites.

On the contrary, formal legal arrangements are not made when there is a spontaneous social uniformity; then there is no need for law. Law is made when there is disagreement; the more effective members of the group concerned impose their vision of common interest through the instrument of law with its program of sanctions. Law acknowledges the utility and the inescapability of the use of coercion in social processes, but seeks to organize, monopolize, and economize it.

The international legal system diverges from these general legal features only in terms of degree of organization and centralization of the use of coercion. In national systems, coercion is organized, relatively centralized, and, for the most part, monopolized by the apparatus of the state. In the international system, it is not. Individual actors historically have reserved the right to use force unilaterally to protect and vindicate legal entitlements.

Under the United Nations

The use of force by states is controlled by both customary international law and by treaty law. The UN Charter reads in article 2(4):

“All members shall refrain in their international relations from the threat or use of force against the territorial integrity or political independence of any state, or in any other manner inconsistent with the purposes of the United Nations.”

This rule was “enshrined in the United Nations Charter in 1945 for a good reason: to prevent states from using force as they felt so inclined”, said Louise Doswald-Beck, Secretary-General International Commission of Jurists.

This principle is now considered to be a part of customary international law, and has the effect of banning the use of armed force except for two situations authorized by the UN Charter. Firstly, the Security Council, under powers granted in articles 24 and 25, and Chapter VII of the Charter, may authorize collective action to maintain or enforce international peace and security. Secondly, Article 51 also states that: “Nothing in the present Charter shall impair the inherent right to individual or collective self-defence if an armed attack occurs against a state.” There are also more controversial claims by some states of a right of humanitarian intervention, reprisals and the protection of nationals abroad.

Through the power of precedent, international incidents involving the use of force help to clarify the meaning and interpretation of jus ad bellum, the corpus of rules arising from international custom and the United Nations Charter that govern the use of force. UN Charter Article 2(4) forbids states from using force in their international relations. Exceptions to this prohibition are acts taken in self-defence under UN Charter Article 51 or under the auspices of a UN Security Council authorization to use force under Article 42. States can also consent that another state use force in its territory, for example to combat rebel or terrorist actors. In certain cases, state practice gives rise to new interpretations of existing rules or novel exceptions emerge. Through the study of precedents scholars often consider whether or not there has been a shift in the legal landscape. To give but a few illustrations, commentators have questioned if States take measures of self-defence under Article 51 to protect nationals abroad (a justification that has been invoked at various moments, for instance by Russia in the context of the crisis in Georgia in 2008), if a right to humanitarian intervention has emerged (a discussion triggered by the Kosovo crisis in 1999), or if self-defence under Article 51 can be invoked against non-state actors (a topical debate in the post 9/11 era). Consequently, depending on the precedent’s facts and the arguments invoked by the main protagonist’s different legal issues can be triggered.

When analysing legal precedents scholars generally follow the same outline. They begin by laying out the context within which the incident involving the use of force took place. They then provide an assessment of the legal positions invoked by the main protagonists within the framework of the laws governing the use of force, and in particular the regime of the United Nations Charter. After which they conclude by providing an overview of the legal issues triggered by the precedent and the extent to which the incident affected the legal landscape of the jus ad bellum. Despite this standard procedure, legal academics never treat the legal framework governing the use of force in the same manner. This is not simply due to the variety of precedents in terms of facts, actors, and legal arguments. Each analyst’s approach is personal and unique, and inevitably discusses and analyses precedents in an original manner. Two scholars may apply themselves to the same case study and reach different conclusions on its precedential value and its impact on the legal landscape, particularly if they apply different methodologies. Law may constitute an objective set of rules but its interpretation and application lie in the eyes of the beholder.

This phenomenon reveals the elasticity of the legal framework governing the use of force. To clarify, elasticity does not mean that the law can be expanded or manipulated at will. A rubber band can be stretched into many shapes and return to its original form once the forces that distorted it are removed. Stretch a rubber band too far, however, and it will snap. Very often, throughout various incidents involving the use of force, the core rules governing the jus ad bellum are stretched into different shapes by each precedent’s main protagonists as well as by the authors analysing it but never in a manner that causes the framework to break down. An obvious illustration is the debate on whether or not self-defence can be invoked against non-state actors. UN Charter Article 51 provides that self-defence can be invoked only in response to an armed attack against a UN member state. Because Charter Article 2(4) prohibits the use of force in international relations, the author of an armed attack is traditionally understood as another state and not a non-state actor such as a terrorist group. The implication of this state-centric reading is that states cannot invoke the use of force in self-defence against non-state actors unless the actions of the group can be attributed to a state under the law of state responsibility. If a state is the victim of a terrorist act by a group that is in the territory of another state it can protect itself by entering into cooperation with the territorial state – which could lead to intervention by invitation or with the consent of the territorial state – or by referring the matter to the UN Security Council – which could eventually trigger an authorization to use force under UN Charter Article 42. Today the question of a shift in the legal landscape dominates the debate. Precedents that have occurred in the aftermath of 9/11 and in the context of the bombings against ISIL/Da’esh appear to challenge the above-described interpretation of Article 51 and the applicability of the right to self-defence. The debate amongst legal scholars rages on as they reach different conclusions through their study of precedents. Just as states tug at Article 51 in one direction or another, scholars’ interpretations of the rule pull it into different directions as well.

Since the adoption of the UN Charter in 1945, in spite of the different forces that have pulled at the regime the rules governing the use of force appear to maintain their original shape, with little deformation. The exceptions to the prohibition of the use of force may shift over time as the law adjusts to the context of international politics but the prohibition remains in place. A rule may eventually be tugged in one direction, but never too far from its original conception. Fundamentally this elasticity is a practical illustration of how law, while indeed limited by the reality of international relations, strives to maintain international peace in service of the best interests of all concerned. 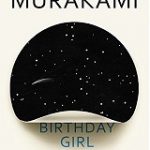 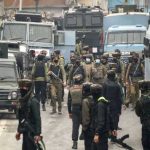