Within the Indian legal framework, the term victim is defined under Section 2(wa) of the Code of Criminal Procedure (CrPC), 1973 as a person who has suffered any loss or injury caused by reason of the act or omission for which the accused person has been charged, and the expression victim includes his or her guardian or legal heir. Indeed, this is not a purely edified definition but according to ‘United Nations Declaration of Basic Principles of Justice for Victims of Crime and Abuse of Power’ – ““Victims” means persons who, individually or collectively, have suffered harm, including physical or mental injury, emotional suffering, economic loss or substantial impairment of their fundamental rights, through acts or omissions that are in violation of criminal laws operative within Member States, including those laws proscribing criminal abuse of power.” This definition unequivocally carries within itself a sense of holism.

Another all-encompassing definition which makes the Indian one reflect deficiencies is of European Parliament – “…victims of crime should be recognised and treated in a respectful, sensitive and professional manner without discrimination of any kind based on any ground such as race, colour, ethnic or social origin, genetic features, language, religion or belief, political or any other opinion, membership of a national minority, property, birth, disability, age, gender, gender expression, gender identity, sexual orientation, residence status or health. In all contacts with a competent authority operating within the context of criminal proceedings, and any service coming into contact with victims, such as victim support or restorative justice services, the personal situation and immediate needs, age, gender, possible disability and maturity of victims of crime should be taken into account while fully respecting their physical, mental and moral integrity. Victims of crime should be protected from secondary and repeat victimisation, from intimidation and from retaliation, should receive appropriate support to facilitate their recovery and should be provided with sufficient access to justice.”

Furthermore, aspect is the distinction between – when one affirms oneself as a victim and when one has been proved victim by legitimate means (courts). In this matter, the connotation of Victim under Indian criminal justice system is too curtailed or lacking – “Firstly, that the loss or injury is not defined clearly and is subject to judicial interpretation. Secondly, the use of the phrase ‘act or omission of the accused person’ betrays a compartmentalised mind-set that fails to take into account the secondary victimisation that occurs when the victims find it difficult or are unable to access justice in the compensatory, distributive, social and restorative sense of the term. Lastly, the definition also fails to provide rights to all persons who suffer harm in the process of assistance or while stopping the crime.”[1] Therefore, there is a need to bring reform to the definitive nature of existing characterisations of laws. In my opinion, the definition of a victim under the Indian statutory framework should be in pari materia with the EU Directive.

[1] Duties of Front Line Professionals Towards Securing Justice for Victims: A Manual (Centre for Criminology and Victimology, NLU Delhi (2018). 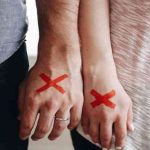