Our Indian constitution gives us many fundamental rights for the welfare of the people and their safety also to exercise them when there is need to exercise them and sometimes people or authority infringe or violate their rights or also does not do their duties for which they are appointed or omission. So, for that, the constitution of India gave citizens of India also the right to have some remedies and liable the person to punishment for the violation of someone other rights.

Meaning of Writs in Indian Constitution

The writ is the form of a command or an order given by the court or the higher authorities to do or not to do some act or something. It is the power or remedy provided by the constitution to the people to get justice for violation of their fundamental rights.

It is the most powerful tool in the hands of the court or people to exercise it against any kind of violation.

The person or authority exercises the power of writ under Article 32 in The Supreme court or under Article 226 in The High Court by filing a “writ petition”.

Under the above-mentioned articles, any person can approach the Supreme Court or the high court for the enforcement of their constitutional remedies against any kind of violation or infringement.

The five Writs in the Indian Constitution:

The Writ of Habeas Corpus is issued by the Courts in those cases where a person is illegally detained. Habeas Corpus means ‘to have the body’. Writ of habeas corpus can be issued for preserving the liberty of a person, who is being illegally detained. It can be invoked against the state as well as against the person within whose custody the aggrieved person is. It came into the picture for preserving the rights. By this Writ, they command the person or authority who has detained or restrained another person to present such person before the Court. They require the detaining person to provide the grounds on which the person has been detained and if he fails to provide a valid ground, the person who has been detained will be released immediately.

This the most powerful and effective for the person who under any illegal detainment and custody. The main objective behind this is to always protect the liberty and freedom of a person from any kind of custody or detainment which is unnecessary and to give him quick judicial review and fair case or trial.

The purpose of this is to find whether the arrest of any person is in good faith or not or it is justiciable in the eyes of law or there is any legal ground for the arrest of the aggrieved party.

It is the kind of writ which command given by the Supreme Court or high court to inferior or lower courts or tribunals or to board or to public authorities to perform their duties and functions properly and always do them which has been given to them by the law.

It is a kind of judicial remedy for someone to provide an order to inferior or lower authority, govt body, public authority or courts by the high court or supreme court to do some act or their duties for which they have been appointed and which has been given by law to them.

The mandamus cannot exercise against: –

There is one sub-topic under it which is known as “continuing mandamus” which means it is shown to the court that mere issuance of an order will not fulfil the purpose unless there is any monitoring of court, then in such cases instead of issuing any final order or direction and disposing of the case, the court may issue an interim direction from time-to-time and the authorities to whom such directions are issued, have to follow them. This whole process of issuing interim order/direction is known as “continuing Mandamus”.

This Writ is not issued often and is an extraordinary remedy that Superior Courts issues to inferior courts or tribunal for stopping them from deciding a case because these courts do not have the jurisdiction. it was used to limit the jurisdiction of ecclesiastical by restraining them from acting without or in excess of their jurisdiction and later it is used by common law courts.

If the courts or tribunals do not have jurisdiction and it still decides the case, it will be an invalid judgment because for an act to be legal it should have the sanction of law. It is an extraordinary writ of preventive nature. It prevents courts, tribunal, quasi-judicial bodies, and other officers from exercising their power beyond their jurisdiction or exercising those powers which are not vested on them. E.g., if a District Court is hearing an appeal against the judgment of the High Court, such an act is bound to be prohibited because the District Court does not have the power to hear such an appeal. So, it will be issued against such an act of the District Court.

Rules of Writ of Prohibition

In cases of Writ of Prohibition, the following rules are observed:

The Writ can be issued only when:

Writ of certiorari has been defined as one of the most effective and efficient remedies taken from common law. Certiorari means “to certify”. This Writ is corrective which means the purpose of this is to correct an error that is apparent on the records. It is an order issued by the High Court to an inferior court or any authority exercising judicial or quasi-judicial functions. This can be issued when the superior courts want to decide a matter in the case itself or if there is an excess of jurisdiction by the inferior court.

The main object of this is to keep the inferior courts, judicial and quasi-judicial authorities within their limits of jurisdiction, and if they act in excess of their jurisdiction their decision will be quashed by the High Court and Supreme Court by issuing a writ of certiorari. This can also be issued when there is a fundamental error in the procedure followed by the inferior courts or if there is a violation of the principles of natural justice.

The Writ of Certiorari lies against those bodies which are judicial or quasi-judicial. It also means that the scope of the application of this Writ is limited to only the judicial bodies or the bodies which perform judicial functions and it will not extend to the Central, State, or Local Governments.

Writ of certiorari may not be issued against

The Writ of Quo Warranto is issued by the courts against a private person when he assumes an office on which he has no right or to prevent the person from wrongfully or forcefully holding any office or from continuing the office. By quo warranto courts has the authority to ask the holder of the office by what authority he is holding the office.

Means ‘by what authority’ and it is an effective measure to prevent people from taking over public offices. An application of quo warranto can be made by a private person challenging the legality of appointment in public office even though the person may not have any personal interest in that or may not be aggrieved by such appointment directly. It can be issued only if the office in question is a public office and any person claiming a writ must establish this fact first.

Before issuing these conditions needs to be fulfilled: 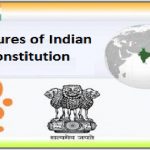 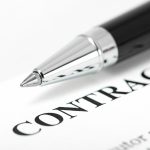