Below are the bills that have been passed by the Parliament during the Winter Session:

According to this bill, Electoral roll data and Voter Id cards link with the Aadhaar ecosystem.

This bill now replaces the Narcotic Drugs and Psychotropic Substances (Amendment) Ordinance, 2021. This bill amends a drafting error (such as clause no. of the definition for such illicit activities was changed although, the section on penalty for financing these illicit activities wasn’t amended and referred to like earlier clause no.). The act regulates certain operations (such as manufacture, transport, and consumption) related to narcotic drugs and psychotropic substances.

Punishment for financing illicit activities (like cultivating cannabis or manufacturing narcotic drugs) or harboring a person engaged in them is an offence, if the person is found guilty of this offence will be punished with rigorous imprisonment for 10 yr. which can be extended to 20 yr. or a fine minimum of 1 lakh rupees.

As per the 2003 Act, the director of enforcement is appointed by the central government, on the recommendation of the committee. The committee is headed by Central Vigilance Commissioner and includes the Sectaries from the Ministries of Home Affairs, Revenue, and Personnel Department. The Director of Enforcement tenure is a minimum of two yr., now the bill extended the tenure up to one yr. at a time, till the completion of five yr. from the initial appointed date, but such extension can be made when there is public interest and recommendation of the committee.

This act replaced Delhi Special Police Establishment (Amendment) ordinance 2021. The new bill permits the extension of tenure by up to one yr. at a time, till the completion of five yr. from the initial appointment date but such extension can be made when there is public interest and recommendation of the committee.

5. The High Court and Supreme Court Judges (Salaries and Condition of Service) Amendment

Bill includes all the technique which is needed to obtain a pregnancy by handling the sperm or the oocyte (immature egg cell) outside the human body or transferring the gamete of either embryo into the reproductive system of women, Example – In-vitro-Fertilisation, Gestational Surrogacy. The following service provide through-

Regulation of ART Clinics and Banks – Clinics and Banks can be registered only if they adhere to certain standards like physical infrastructure, diagnostic facilities, and specialized manpower. And the registration is valid 1 for yr. and it can be renewed for further five yr. Registration may be canceled or suspended if the entity contravenes the provision of the bill.

Condition for gamete donation and supply – a bank can obtain semen between 21 to 55yr. and oocytes form females between 23 to 35 yr. An oocyte donor should be an ever-married woman having at least one alive child for a minimum of 3 yr of age, and also an oocyte can be donated by a woman once in her life, and not more than seven oocytes can be retrieved from her.

Condition to get ART services – ART procedure can only be carried when the information has been informed and get consent in writing by both parties (ART service seeker and the donor). The clinic is prohibited from Pre-Determination.  Bills also state checking for genetic diseases before implanting an embryo.

Bill prohibits commercial surrogacy but allows altruistic surrogacy (involved no monetary compensation to surrogated mother other than medical expenses or insurance during pregnancy) or Commercial Surrogacy included surrogacy or its related procedure undertaken for a monetary benefit or reward which means exceeding medical expense or insurance coverage.

The purpose of surrogacy is permitted only intending couples who suffer from infertility, and also they sign an agreement that child is not for commercial purpose, sale, prostitution, or other forms of exploitation.

The coupled only get ART service when they fulfilled conditions like a certificate which proven infertility of one or both persons, an order of parentage and custody of the surrogate child passed by a magistrate court, insurance coverage for at least 16 months covering postpartum delivery complications for the surrogate, etc.

9. The National Institute of Pharmaceutical Education and Research (Amendment) Bill, 2021

Establishment of the council and its Function. Board of Governors.

The bill provides surveillance, inspection, operation, and maintenance of all specified dams across the country, these dams would be constructed with a height of more than 15 mt. or height between 10 mt. to 15 mt. with certain design and structural conditions.

It will constitute two national bodies, two-state bodies as also state the punishment for the offence. 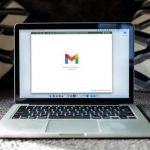 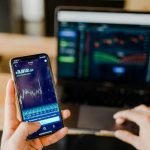