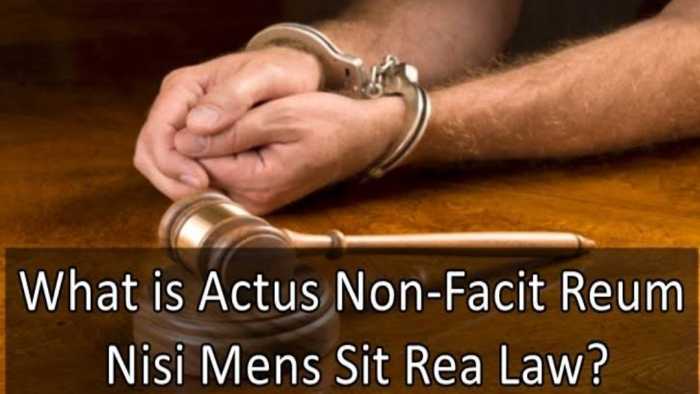 Actus Non Facit Reum Nisi Mens Sit Rea explains that it must be done with a guilty mind for any act to be illegal in nature.

Thus it can be concluded that mere commission of a criminal act or breach of law is not sufficient to constitute a crime. It should be combined with the presence of wrongful intent.

Further, the mens rea is important to understand the severity of the crime committed. The essential ingredient is the blameworthy condition of the mind. Its absence can negate the liability.

However, there is no crime subjected to certain exceptions without a guilty mind, such as strict liability. Under strict liability, it is unnecessary to show that a defendant possessed the relevant mens rea for the act committed.

This maxim can find its importance under section 14 of the Indian Evidence Act, 1872. It states that facts that indicate the state of mind or intention are relevant in the issue.

The two basic components of criminal law are actus Reus and Mens Rea. Actus Reus is the wrongful act committed, and Mens Rea is the state of mind behind such acts.

The Latin maxim Actus Non Facit Reum Nisi Mens Sit Rea is derived from Mens Rea. Actus Non Facit Reum Nisi Mens Sit Rea further explains how Mens Rea is applicable in criminal law. It states that a person is guilty of a criminal act only if a criminal intention accompanies such acts. This maxim is used to determine whether an act committed is criminal or not. Several penal actions are required for crimes committed with specific intentions and not for unanticipated or unintentional acts. However, no breach of law can be left unpunished.

Thus this maxim is established to differentiate between intentional and unintentional criminal acts. The quantum of punishment can be decided accordingly.

When another person attacks a person to cause grievous hurt or injury, it is a crime. Nevertheless, when the person who was attacked causes injury to the other person in private defense, it is an unintentional act.

In the first scenario, a guilty mind was present, but there was no intention of causing harm in the second case. The second act is categorised as self-defense and is dealt with under sections 96 to 106 of the Indian Penal Code. In the first act, the person is guilty of the criminal act.

In R. Balakrishna Pillai v. the State of Kerala, it was observed that “Criminal guilt would attach to a man for violation of Criminal law. However, the rule is not absolute and is subject to limitation indicated in the Latin maxim, actus Non Facit Reum, Nisi Mens Sit Rea. It signifies that there can be no crime without a guilty mind. To make a person criminally accountable, it must be proved that an act, which is forbidden by law, has been caused by his conduct and that the conduct was accompanied by a legally blame-worthy mind. Thus there are two components of every crime, a physical element and a mental element, usually called actus Reus and Mens rea respectively.”

It is further stated :

“Although thoughts are free, the uttering of them is another matter. Speaking or writing is an act, and is capable of being treason, sedition, conspiracy or incitement; indeed, almost any crime can be committed by mere words, for it may be committed by the accused ordering an innocent agent (e.g., a child under eight) to do the act. But to constitute a criminal act there must be (as said already) something more than a mere mental resolution. Apparent, but not real, exceptions to this proposition are treason and conspiracy. It is treason to compass the King’s death, but the law requires an overt act manifesting the intention, and this act must be something more than a confession of the intention. It must be an act intended to further the intention; perhaps, too, it must actually do so” 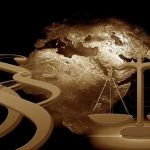