The goal of any criminal justice system is to punish criminals for their wrongdoing and to rehabilitate them for the sake of their recovery. The system does not intend to hurt the offenders by punishing them excessively and making their lives unpleasant. However, there are also cases where criminals who are repeat offenders are punished for their actions several times, even for the same offence.

This article of the Indian constitution establishes the foundation for double jeopardy law. The concept of autrefois convict, often known as double jeopardy, states that noone may be punished twice for the same crime. The act of placing a person on a second trial for an offence for which he or she has previously been tried, prosecuted, or convicted is known as ‘Double Jeopardy.’ The theory states that if a person is charged with a crime and tried in a court of law, whether he is found innocent or guilty, he cannot be prosecuted for the same offence again.

The first prerequisite is that a person is charged with an offence. The term is defined as an act or omission that is punished by law, which is also specified in the General Clause Act.

The second need is that the matter is heard or prosecuted before a competent court or judicial authority. Departmental and administrative authorities are not represented on this judicial tribunal. The defence of double jeopardy for the second prosecution applies solely to matters tried in judicial courts or tribunals.

The third requirement is that when a tribunal accepts administrative and departmental enquires, these inquiries are not deemed proceedings and hence cannot be part of prosecution and punishment processes.

These three elements of the prosecution demonstrate that the idea of double jeopardy law under the Indian constitution only satisfies the maxim of autrefois convict and not the standard of autrefois acquit. This means that the idea may only be used in circumstances when the individual is prosecuted and punished in their first procedure.

The constitutional prohibition of double jeopardy applies solely to cases prosecuted in judicial courts and tribunals. These do not include investigations or sanctions imposed by statutory entities such as departmental or administrative organisations.

In comparison to English law, the theory of double jeopardy is thus a limited concept. However, the broad scope of the notion is described in Section 300 of the CrPC, which broadens the scope of the provision in India.

The double jeopardy doctrine states that a person may not be tried twice for the same offence. The notion is specified in India’s constitution under Article 20(2) and in the Criminal Procedure Code under Section 300. The definition specified by the constitution is narrower than the concept defined by the criminal process code.

To use the defence of double jeopardy under the statute, several circumstances must be met. Following the completion of such criteria, a person is prohibited from a second prosecution, and no further criminal actions can be brought against him for that offence.

The objective of both statutes’ comprehensive definitions of the term is to protect persons against repeated sanctions for the same offence. The notion is required to safeguard individuals from emotional, social, and financial damages that may occur as a result of several prosecutions. The goal is to protect and regulate the misuse of powers entrusted to criminal administration while also preserving the finality and integrity of the criminal justice system.

So, to protect the interests of all people who have previously been acquitted or convicted of numerous prosecutions and to establish a check on the criminal, and administrative system, the idea of double jeopardy is made essential and thus extensively defined under Indian Laws. 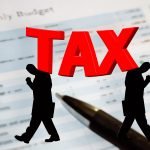 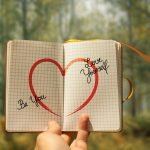