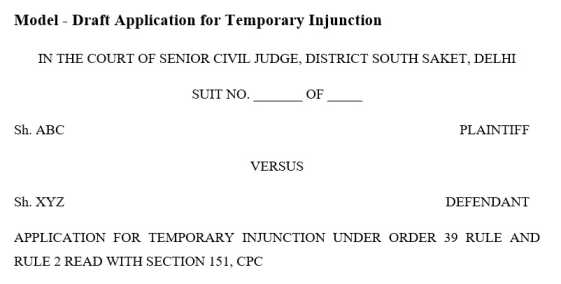 An Injunction is defined as a judicial process whereby a party is required to do or to refrain from doing any particular act. Injunctions are of various types. They may largely be classified as

Temporary Injunction And its Application is Defined under Order 39, Rule 1 & 2 of the Code of the Civil Procedure, 1908.

It is also settled that there is no bar in granting an injunction or supplementary orders under Section 151 of the Civil Procedure Code for compliance of Injunction in just cases. The later provision of inherent powers increases the scope of civil courts for granting injunctions.

Its main purpose is to preserve the subject matter of the suit in the status quo for the time being. It can only be granted to restore Status Quo and not to establish a new state of things.

Against whom Injunction may be applied

An injunction may be issued only against a party to the suit or proceeding and not against a stranger or a third party. It cannot be granted against a court or judicial officer as well.

If the following circumstance doesn’t exist, then the court has no jurisdiction to grant it. They are-

APPLICATION FOR TEMPORARY INJUNCTION UNDER ORDER 39 RULE AND RULE 2 READ WITH SECTION 151, CPC

The plaintiff/applicant respectfully submits as under:

**Note – An Affidavit is to be attached to this petition 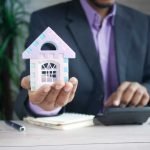