Chewing bones is a favourite leisure of dogs. If a bone is very beloved, the dog might even bury it.

To people, this behaviour may seem strange, so why do dogs invest so much energy in burying their valued possessions?

The reason why a dog buries something is to save it for later, when you don’t know when you’ll find your next meal, it makes sense to hide leftovers.

The act of burying bones is a type of “food caching,” that is, storing available food supplies for the purpose of later access. It’s a common behaviour in many species of birds and mammals, including in the canine ancestors of domestic dogs — Gray wolves — which is where dogs inherited their burying natures.

While wolves, which are known for their cunning hunting skills, tend to stay in a hunt area long enough to consume their prey entirely, they will rarely carry and bury the remains of a kill, according to a 1976 study published in the journal Ethology. (Wolves and other canines are known as “scatter hoarders,” meaning they hideaway their excess food in hidey-holes situated over fairly large areas.) This same study showed that even wolf pups’ store, and will move their supply to keep it from being discovered by a sibling. So, when dogs show this apparently unfamiliar behaviour in your backyard, rest assured — they’re simply following their instinctive “inner wolf.”

Most dogs today don’t need to store food because they have loving owners to feed them, but that doesn’t mean their natural urge to hide things away for later doesn’t still exist. Sometimes, the instinct to bury things has nothing to do with storing food or protecting it from scavengers. sometimes burying can be a dog’s way of cherishing beloved objects, so they can be enjoyed again later. It can also be a way for bored dogs to initiate play with their owner, or a method of stress relief for anxious dogs.

Meanwhile, some breeds, such as terriers, are simply more prone to digging, whether to bury food or to burrow holes for no specific reason at all. “Dogs specifically bred to hunt or chase critters into their dens often like to bury toys, bones and treats,” Anderson said. “So, it’s not uncommon to see a Dachsie burying a bone under the couch pillows.

Dogs that do “cache” seem to visit their hoards whenever the mood hits. “Some dogs stash a treat and then ignore it for a week. Some dogs seem indecisive and move their prize 20 times before settling on one [spot]. And other dogs bury a bone and forget it altogether.

If a dog doesn’t retrieve a treasure, you can bet it isn’t because it forgot its whereabouts. Dogs have an incredibly keen sense of smell, about 10,000 to 100,000 times as powerful as that of humans, according to research in the journal Applied Animal Behaviour Science, so remembering their hideaways is rarely ever an issue. 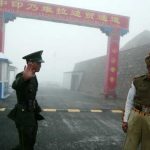 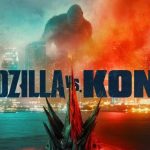