The empty Molineux Stadium experienced an exciting game for Wolverhampton Wanderers as they came from behind to beat Chelsea in the premier league, who lost their second Premier League game in a matter of 3 days.

Despite spending £222m in the summer, Chelsea are four points worse off than they were at this stage last season. pic.twitter.com/H2MU63FXRK

The host lined up as 3-4-3 with Ruben Neves taking place of Joao Moutinho, who was dismissed in the game against Aston Villa, while the visitors came up with their usual 4-3-3. The game started with fairly even encounter with Chelsea having a strong grasp in the game as Wolves were a bit slow to Chelsea’s attack. Chelsea kept pressing, mainly down the left flank.

The first real chance for Chelsea came at around 20 th minute when Chilwell took the corner and dropped the ball inside the six-yard box where Giroud couldn’t convert a free header as he sent it too high. However, it was the Chelsea goalkeeper, Mendy, who was the first goalkeeper to be called into significant action in the 22 nd minute, as he had to palm away Neto’s shot from 20 yards, set up by Fabio Silva’s beautiful flick.

Chelsea came close to scoring the first goal of the game just before half time when Zouma’s header hit the woodwork as he rises heads and shoulders above the Wolves’s defence but Giroud was unable to react well enough to the rebound. The Wolves were lucky as they just got away from conceding at half time. It was 0-0 at half time.

Wolves come from behind to snatch all three points against Chelsea right at the death. pic.twitter.com/3nxHYz6kdf

It was Chelsea who opened the scoring coming at 49 th minute, when Chilwell’s cross found Olivier Giroud, who timed an excellent first-time shot, which hit Rui Patricio but with such force that the ball crawled over the goal line. The host looked for an equalizer and it came in the 66 th minute off the game when Daniel Podence, who fired past the Chelsea goalkeeper into the near- left post.

Wolves got themselves a penalty in the 80 th minute when it looked as if Neto was sandwiched between James and Kante, inside the penalty area. However it was overturned by VAR when it was observed that there was no contact, no foul of any sort on the Wolves player. It was an embarrassing dive by Neto, who was lucky not to be booked by the referee.

The host were resilient enough to score the winning goal when Pedro Neto struck past the ball past Mendy in the 90+5 minutes and spoiled the night for the Lampard’s men.

The performances from Kai Havertz and Timo Werner might worry Frank Lampard and the fans
as the German duo failed to deliver anything in the game. 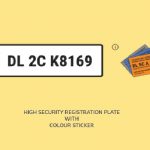 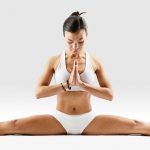