Prime Minister Narendra Modi on Thursday set the foundation stone of the new Parliament edifice as part of an enterprising Central Vista plan in the national capital. The occasion was accompanied by around 200 celebrities comprising administrators from various political parties, cabinet ministers, union ministers, ambassadors of different countries, and Ratan Tata, whose Tata Projects has the deal for the new parliament building.

PM Modi conducted rites around a holy pyre along with six priests from the Sringeri Mutt in Karnataka beneath a flower-decked marquee. The new parliament building is the centrepiece of the Rs 20,000-crore Central Vista project to renovate government buildings. Here are the prime excerpts from PM Narendra Modi’s address:

1. “Today is a historic day, it marks a milestone in India’s democracy. We will build this new parliament together.”

2. “The new parliament is an amalgamation of the old and new. The old Parliament building gave a new direction to India after independence.”

4. “Democracy is a way of life in India. The laws made in the building, the deliberations made here are all building blocks of our democracy.”
5. “It won’t be long before the world would say that India is the Mother of Democracy.”

6. “Across many countries, voter turnout is decreasing, but in India, we are witnessing a rise. Women and youth are the primary reason for this rise.”

8. “India First should be our new cause, the last century has taught us many lessons, and the biggest being that we should not miss out on opportunities.”

9. “In 25 years we will be celebrating India 100th Independence Day. Today we need to decide what will India be by then.”

10. “Our every decision should be made with the idea of nation first. Aatmanirbhar Bharat is the way forward.” 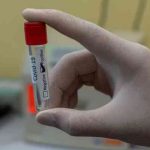 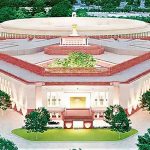