Taiwanese contract manufacturer for Apple Inc., Wistron, has resumed operations at its Narasapura facility at Kolar from March 8, with all the requisite clearance, Karnataka Large and Medium Industries Minister Jagadish Shettar said on Wednesday.

The factory had been shut since December 12, as workers had gone on a rampage due to wage-related issues.

“Due to wage-related issues that occurred in December, it had left many employees staring at a bleak future. We don’t want a repeat of such incidents. Henceforth, bring to the notice of the local district administration and find a middle path to resolve the issues,” Shettar was quoted as saying in an official release during his visit to the Wistron facility.

The minister, who was accompanied by senior officials of the department and the district, interacted with the labourers and inquired about their well-being and working conditions, it said.

Shetter said no issue could be resolved through violence. The factory had to stop production due to violence on December 12. It had led to a lot of inconvenience for thousands of labourers.

“In future, do not resort to any violent methods and try to find an amicable solution with the management and the district officials,” he said.

The workers explained to the minister that thousands of workers had to face the problem due to a few people’s resentments, the release said.

After the violence, Wistron, on its part, had sacked its Vice President overseeing its business in India, as it admitted that some workers were not paid correctly or on time and had offered an apology. 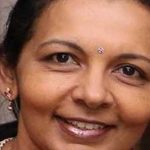