Facebook is a giant social media company with over 2.7 billion monthly active users. Among these 2.7 users, some have always been complaining that the big social media companies pay less attention to prevent ads from being shown on their platforms, including hate speech, fake news, and harmful content.

Facebook is no less than any other social media platform and makes its users believe that it is concerned about them and their data. The platform makes sure that the users stay aware and ensures that they are safe from any offensive and malicious content. A lot of efforts are made by Facebook while investing in system transparency. An example of this is when Facebook launched the content oversight board in 2018, upon Mark Zuckerberg’s suggestion. This is an organization that keeps a check on the data that is posted on the platform. Facebook then confirmed that since it has created the oversight board, it has received 20,000 reports.

The company is still committed to providing content to its users free of hateful content or hurting someone’s self-worth. The Inc of Facebook confirmed that the company is soon to introduce a new tool for advertisers on Friday. They will have control over what type of content is appearing alongside their ads.

Facebook was accused by giant firms like Starbucks and Coca-Cola boycotted Facebook after declaring it the cause for George Floyd’s death and accused the firm of not having a check and control over the hate speech on its platform. As many social media users complain that these social media platforms don’t do enough to discourage hate speech, companies like Facebook, YouTube, and Twitter signed a deal with big advertisers to improve the content displayed in the ads on Facebook.

On Friday, the company informed that it might take a year to complete the project – which will let the users decide what type of ads they want to display on their news feed. The new tool will first be tested on a group of advertisers; before it is publicly made available to folks worldwide.

Facebook names its upcoming feature or tool as “topic exclusion controls,” announced by Mark Zuckerberg last year. A list of apps and websites that an individual will visit that use Facebook’s business tools such as Facebook pixel, SDK, and API are affected by this upcoming feature, said Facebook. The company made sure that it consulted business agencies and industry bodies for knowing which factors should it keep in mind; while developing the tool. 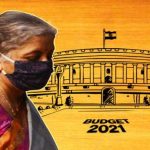 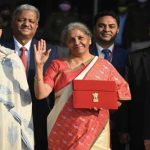