For stimulating the country’s ever-growing ‘Make in India’ initiative, India’s government will offer $1 billion in cash to chip makers to set up manufacturing units in the country. The new initiative intends to expand India’s smartphone assembly industry and bolster the electronics supply chain.

For the uninitiated, India offers various advantages and incentives to MNC’s to set up manufacturing units. As a result, we saw significant companies like Apple, Amazon, Ola, and even Tesla looking to be part of India’s manufacturing industry.

Now, amidst the ongoing chip shortage, the government yearns for semiconductor giants such as Qualcomm and MediaTek to set up their manufacturing plants in India. The report from Reuters refers to two anonymous government officials, who briefed the publication about the initiative.

“The government will give cash incentives of more than $1 billion to each company which will set up chip fabrication units. We’re assuring them that the government will be a buyer, and there will also be mandates in the private market (for companies to buy locally made chips),” said one of the officials.

As per the report, the $1-billion initiative by India is to play against China, the world’s largest smartphone manufacturer. Chips created locally in India will be reportedly designated as “trusted sources”. They can be used in several electronic devices, such as CCTV Cameras, 5G equipment, and other similar products.

The government officials further added that no chip manufacturers had exhibited any interest in the initiative. Moreover, there is no official word on the topic from the Indian government itself. So, if the initiative goes live in the coming days, we have to wait to see if the country benefits from it or not. 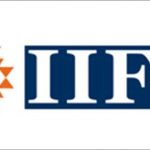