Before proceeding to the impact of AI on trade, it is important to clarify what is meant by Artificial Intelligence.

Artificial Intelligence (AI) is a subfield of computer science that focuses on the development of intelligent machines that think and operate as humans. Speech recognition, problem-solving, learning, and planning are a few examples.

Artificial intelligence (AI) and machine learning (ML) are becoming more popular among individuals, corporations, and governments as growing efficiency and productivity allow for exponential development in some areas of the global economy.

The Impact of Artificial intelligence on Economic Growth and International Trade

Most nations have just recently begun to consider their own AI future, with the bulk of the world’s major economies announcing their own AI projects in 2017 and 2018. Others must consider a future in which technical, economic, and military power falls to a few nations with the deepest wallets, the greatest AI-oriented expertise, and a massive amount of state resources that can be focused on attaining AI supremacy.

The consequences of a limited number of countries possessing cutting-edge AI in the future are significant. On the one hand, these technologically advanced countries may become de facto guardians of AI, guaranteeing that considerable resources are dedicated to its long-term development. It is also guaranteed that top firms in these nations will gain and retain an even larger lead in the global economic arena, providing them with a competitive edge. These countries’ military would almost definitely be the major benefactors of future AI breakthroughs, sparking a worldwide competition for greater autonomous weaponry and driving the globe toward hazardous new ways of waging war.

Artificial intelligence (AI) has the potential to change international trade. Specific uses, such as data analytics and translation services, are already lowering trade barriers. Simultaneously, there are obstacles in AI development that international trade regulations might solve, such as enhancing worldwide access to data for training AI systems. The following section gives an overview of some of the most important AI trade possibilities, as well as areas where trade regulations may assist promote AI development.

AI advancement will have an impact on international trade in a variety of ways. The first is the macroeconomic consequences of AI and the resulting trade repercussions. For example, if AI increases productivity growth, it would boost economic growth and open up new avenues for international commerce. Global productivity growth rates are now low, and several explanations have been proposed.

One explanation for sluggish productivity growth, which is particularly important to understanding the possible relationship with AI, is that it takes time for an economy to absorb and effectively employ new technology, particularly sophisticated ones with broad economic implications such as AI. This covers the time required to accumulate a big enough capital stock to have an aggregate effect, as well as the complementary investments required to fully capitalize on AI investments, such as access to competent people and business processes. 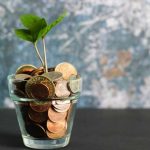 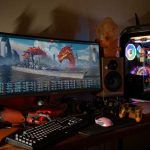