Google on Thursday declared openly that it’s signed a multi-year deal with Twitter, fetching more of the social media company’s analytics, data processing and machine learning workloads to the cloud. Twitter has been wielding the Google Cloud Platform since 2018 when it moved its cold storage and Hadoop clusters to GCP.

“Our initial partnership with Google Cloud has been successful and enabled us to enhance the productivity of our engineering teams,” Twitter CTO Parag Agrawal said in a statement. “Building on this relationship and Google’s technologies will allow us to learn more from our data, move faster and serve more relevant content to the people who use our service every day.”

Twitter’s data platform ingests trillions of incidents a day, distilling hundreds of petabytes of data and running tens of thousands of jobs on over a dozen clusters.

The company seeks both technical and non-technical teams to get more insight out of its data. To accomplish this, Twitter intends to use Google tools such as BigQuery, Dataflow and Cloud Bigtable. Formerly, Twitter’s engineers and data scientists would formulate custom data processing jobs.

While Google Cloud revenues rose 47 percent in Q4 2020, the business still produced an operating loss of $1.24 billion. Multi-year contracts such this one with Twitter should help bolster Google Cloud’s stance in the market.

Overall industry spending on cloud infrastructure goes on to prosper, though Amazon Web Services and Microsoft Azure presently have just over half of the market. Google’s market share, according to research firm Canalys, is 7 percent. 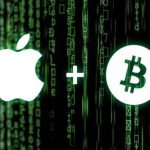 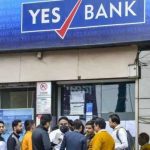